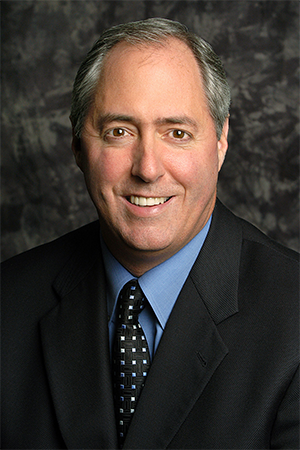 “John is a proven leader and well-respected member of the Detroit business community who will be a tremendous asset to our team and the future growth of our businesses,” said Jay Farner, president and chief marketing officer for Quicken Loans. “He has an impressive track record working in some of the world’s largest and most successful tech companies, which makes him a perfect fit for the innovation and technology-driven culture at Quicken Loans. John will play a key role in helping us further grow and optimize our business.”

Most recently, Fikany served as general manager and vice president of Microsoft’s Enterprise Sales and Partner Group. In his role, he led Microsoft’s enterprise sales in 18 U.S. states and oversaw nearly 1,000 employees. In his 12 years at the company he also held a number of other senior level roles, including vice president of U.S. Commercial Sector Industries. Prior to joining Microsoft, Fikany also held multiple vice president sales roles at Oracle.

“Quicken Loans is a world-class organization. I’m honored for the opportunity to not only help grow their business, but also work alongside a tremendous team that has been at the forefront of driving Detroit’s comeback,” said Fikany. “The company is a technology powerhouse with an entrepreneurial culture – an environment I’m very excited and proud to be part of.”

Fikany’s involvement in Detroit extends far beyond the workplace. He remains a board member of a number of philanthropic and business-focused organizations, including the Detroit Economic Club, Detroit Regional Chamber, Detroit Boys and Girls Club, Focus Hope, The Parade Company and others.

MISMO announced the release of an eMortgage Technology Certification program to assist lenders in finding products that comply with industry standards.