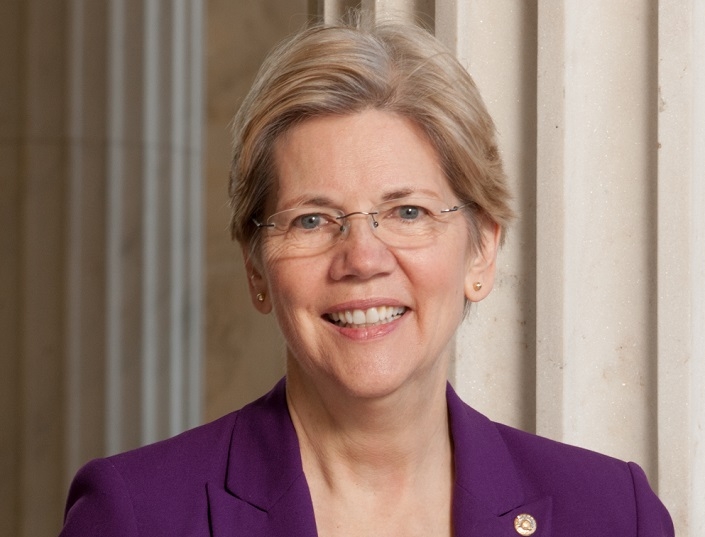 Sen. Elizabeth Warren (D-MA), who made her reputation by calling for greater transparency within the financial services industry, apparently has no problems with the refusal by her party’s presumptive presidential candidate to release transcripts of controversial speeches given to Wall Street’s elite.

In an interview with “CBS This Morning,” Warren was twice asked directly whether or not Hillary Clinton should release the transcripts of her speeches delivered before Wall Street executives. Clinton, who received six-digit speaking fees for these speeches, has repeatedly insisted that her business relationship with Wall Street would not cloud any regulatory oversight of the financial services industry.

Warren, who very rarely gives live interviews to television news shows, would not acknowledge the question and instead spoke about the ongoing presidential race between Clinton and Sen. Bernie Sanders (I-VT).

"I think that our candidates are out doing what they should do in a primary," Sen. Warren said. "They are debating the issues."

Warren, who is credited as the architect of the Consumer Financial Protection Bureau (CFPB), gained national attention with her visceral assertions that the nation’s mortgage lenders were solely responsible for the 2008 recession—and this notoriety helped her win election to the Senate in 2012. But her refusal to call out Clinton’s decision to hide her speech transcripts or to question the candidate’s lucrative Wall Street ties stands in stark contrast to the senator’s unapologetic condemnation of the connections between the major financial players and the federal government. In 2014, Warren harshly criticized the Obama Administration for employing a surplus number of former Citigroup executives—adding that the company’s “grip over economic policymaking in the executive branch is unprecedented.” Last year, Warren successfully blocked the White House’s efforts to nominate Wall Street banker Antonio Weiss to a key Treasury Department position—Weiss instead became Counselor to the Treasury Secretary, a role that did not require Senate confirmation.

The Texas housing market achieves a record-breaking 114,772 homes sold in the second quarter of 2021.

The Texas housing market is booming with a record-breaking 114,772 homes sold in the second quarter of 2021, increasing 24.7% year-over-year, according to the Texas Quarterly Housing Report released by Texas Realtors.  The median price for homes in Texas is $300,490, increa...