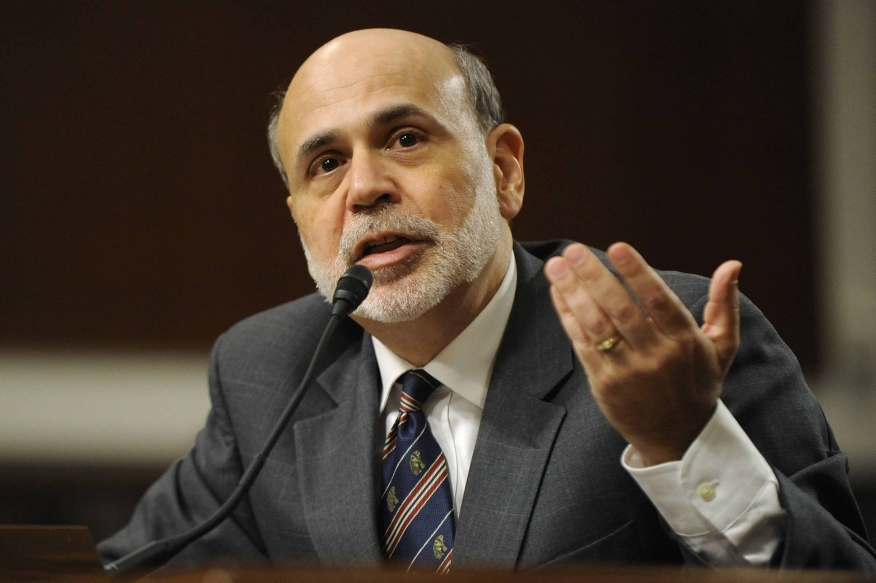 In a blog posting ahead of his speech today on a Minneapolis Fed panel, Ben Bernanke has come out vehemently opposed to any effort that would break up the so-called “Too Big to Fail” banks.

The former Federal Reserve chairman used his Brookings Institution blog to insist that efforts to slice up super-sized banks would create more harm than good.

“Even putting aside the short-term costs and disruptions that would likely be associated with breaking up the largest banks, in the long run, a U.S. financial industry without large firms would likely be less efficient, providing fewer services at higher cost,” he claimed. “From a national perspective, this strategy could also involve ceding leadership in the industry, and the associated jobs and profits, to other countries. It’s true that economists disagree on the returns to size in banking. There are no doubt diseconomies of scale as well (e.g., ‘Too Big to Manage.’) But uncertainty about the costs and benefits of size can itself be a reason for caution in applying arbitrary size limits, particularly in a world in which firms and business models are heterogeneous.”

“Financial panics can occur in systems dominated by small banks as well as by large ones, as was the case in the United States in the Great Depression,” Bernanke continued. “In contrast, Canada, which has only large banks, did relatively well in both the Depression and in the recent crisis. The basic elements of a financial panic—broad-based loss of confidence in banks, runs by providers of short-term funding, fire sales of bank loans and other assets, disruption of credit flows—can arise even without large banks.”

Bernanke acknowledged the 2008 failure of Lehman Brothers as playing a role in the subsequent recession, but he warned that that the doomed institution was not example of being too big to fail. “Factors other than size, including complexity, opacity, illiquidity, and interconnectedness with other firms, contributed to the catastrophic effects of Lehman’s collapse, as did the fact that the government did not have the legal authorities it needed to manage Lehman’s demise in a more orderly way,” Bernanke insisted.