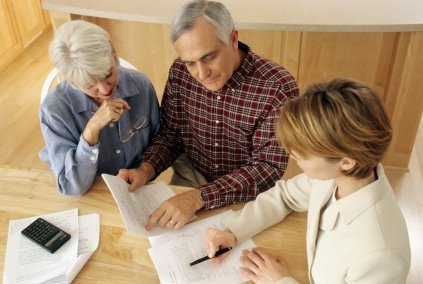 In a data analysis that will certain create agita among reverse mortgage providers, U.S. seniors are overwhelmingly apathetic and confused about the value of reverse mortgages.

This rejection of reverse mortgages is based on a survey conducted by the American College of Financial Services that polled than 1,000 people between the ages of 55 and 75 with at least $100,000 in investable assets and $100,000 in home equity. The respondents were queried about reverse mortgages and their input was not encouraging: only 14 percent of the respondents had considered a reverse mortgage, with only a single respondent admitted to carrying reverse mortgage. Among those that turned down the product, 44 percent said had sufficient income and had no use for it, while 18 percent felt they were “too young,” 10 percent said they were “not ready” to consider it and nine percent dubbed it as being “too risky.”

Even more problematic was the confusion surrounding how the product works. Survey respondents were asked 10 questions on how a reverse mortgage works, but only 30 percent of the participants earned a passing grade on the basic knowledge about reverse mortgages, while 10 percent of respondents gave incorrect answers to every question on the topic.

Furthermore, 44 percent of the survey’s respondents stated that considered using home equity in retirement, but only 25 percent said they would be comfortable spending it as a source of income.

“This is really going to open a lot of eyes about just how little people moving into retirement with some home equity know about reverse mortgages,” said Jamie Hopkins, author of the survey and professor of retirement income planning and co-director of The American College New York Life Center for Retirement Income Planning.