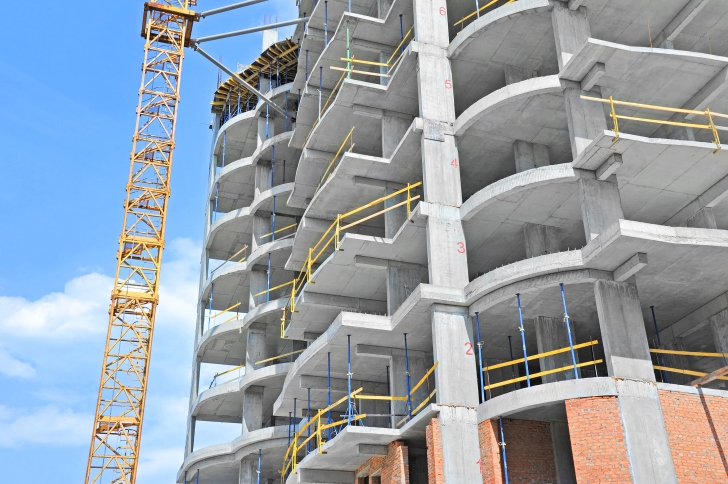 A new report published by Pacific Investment Management Company LLC (PIMCO) is forecasting significant challenges for the U.S. commercial real estate (CRE) sector, with a combination of domestic and international factors driving down CRE prices by five percent over the next 12 months.

According to “U.S. Real Estate: A Storm Is Brewing” by PIMCO portfolio managers John Murray and Anthony Clarke, the CRE sector’s ability to withstand the tumult that impacted residential real estate following the 2008 recession may have finally frayed.

“CRE liquidity has declined in recent years, driven by post-financial crisis regulations such as Dodd-Frank and the Federal Reserve’s Comprehensive Capital Analysis and Review,” wrote Murray and Clarke. “This has intensified volatility for the sector during periods of broader public market sell-offs. In February, for instance, oil-induced fears in the broader high yield debt markets led to redemptions that forced several hedge funds to unload positions, including subordinate U.S. commercial mortgage-backed securities (CMBS) … CMBS loan origination platforms also have been crushed by the plunge in prices, as banks and originators found their recently originated loans, intended for securitization, to be underwater based on CMBS pricing. According to Bank of America, CMBS issuance in the first quarter of 2016 tumbled by over 30 percent.”

The real estate investment trust (REIT) section of the industry is also showing signs of weakness, according to the report.

“Despite private CRE price indexes such as Moody’s/RCA Index increasing over seven percent since 2014, REIT prices have been essentially flat, and dropped as much as 10 percent on multiple occasions over the same period,” Murray and Clarke continued. “As a result, REITs have generally traded below their net asset value (NAV) for the majority of the past 18 months. As capital efficiency textbooks would dictate, this persistent discount to NAV has turned many REITs from net buyers to net sellers of U.S. CRE, suppressing a major buyer within the market. To put this into perspective, REITs acquired about $54 billion annually of private CRE from 2012 to 2014 (some 15 percent of total transaction volume), according to Real Capital Analytics. However, in the second half of 2015 acquisitions plunged to $17 billion (less than eight of total transaction volume) due to heightened volatility.”

The PIMCO report also observed that REITs will be reclassified as their own sector within the Global Industry Classification Standard in August, a situation that could leave them “exposed to highly correlated and volatile global capital markets.”

Further complicating matters is a world where European, Asian and Latin American economies are showing various degrees of problems. While this helped drive foreign private investment in the U.S. CRE sector from $22 billion in 2012 to $84 billion last year, that impact was primarily on major markets. But the PIMCO report would not guarantee a continued increase in this level of foreign investment.

“Increasing dependence on foreign demand creates even more uncertainty for U.S. CRE, as capital flows are far from guaranteed: China has hinted at increased controls on capital outflows; lower oil prices could curtail investment from the Middle East and Canada; and even certain U.S. presidential outcomes could influence foreign investors’ confidence in U.S. CRE assets,” the authors insisted.

Nonetheless, Murray and Clarke were able to point out silver linings in these potential dark clouds.

“However, this dynamic could create opportunities across U.S. CRE debt and equity markets, both public and private,” they added. “In public CRE debt (CMBS), reduced dealer inventories and the 10-year maturity wall will quickly alter underlying credit profiles in CMBS and could create attractive entry points for nimble capital that understands CMBS structure and the underlying CRE assets. Similarly, on the public equities side, broad sell-offs like those in January and February will likely create opportunities to invest in CRE at potentially cheaper levels than the underlying private assets, with potentially even better liquidity. On the private side, regulatory pressures in CMBS should create financing gaps that could be filled by non-bank capital through subordinate debt or preferred equity. Finally, sustained periods of public market volatility, as well as disproportionate foreign capital demand for core assets, could create attractive arbitrage opportunities for larger platforms that can acquire mixed portfolios from forced sellers.”