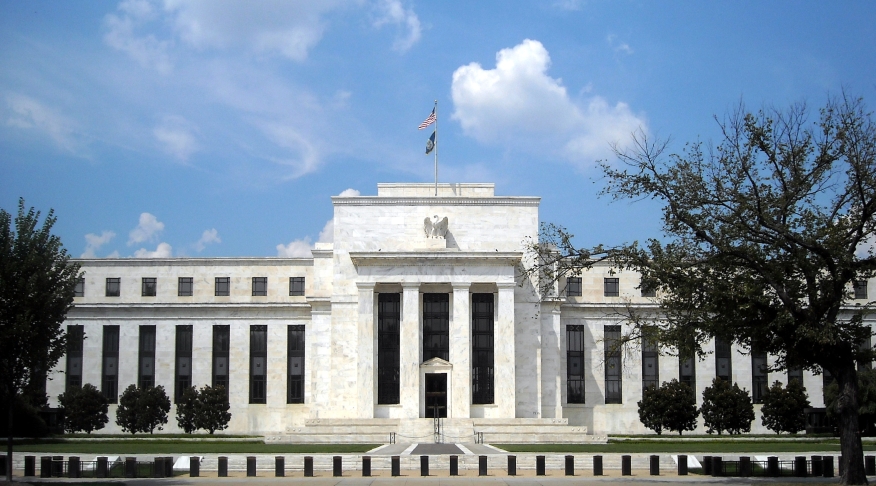 With the Federal Reserve meeting next week to determine whether to raise interest rates, pressure is mounting from both outside and inside the central bank to show more boldness in policy-making.

Economist Peter Morici has challenged the Fed to begin raising rates “very gradually” on a pre-set schedule. In a syndicated column released today, the University of Maryland professor pointed to a shifting economy that matches the Fed’s long-stated goals for giving rate hikes a serious upward motion.

“Over the last 12 months, consumer prices—net of the volatile energy and food sectors—are up 2.2 percent,” Morici stated. “Going forward, headline inflation will be close to the Fed target of two percent, and that should be enough to start it worrying about too much inflation as opposed to not enough. Further, with the target federal funds rate set at 0.25 to 0.50 percent, the Fed simply does not have enough room to cut rates should another recession threaten. Overall, now is the time to start moving up interest rates—but not too much and not too quickly.”

Morici downplayed one key area that the central bank repeatedly emphasized in its defense of not raising rates.

“Fed policymakers worry endlessly that keeping interest rates artificially low encourages over borrowing and asset bubbles—for example, in big city real estate and equities,” he continued. “Residential and commercial building values are rising in the more prosperous urban centers but those have much to do with Millennials’ preference for city living and tighter land use and social regulations (requiring builders to include “affordable housing” in higher end projects) that push up new project costs … Both the real estate and stock markets have prospered with much higher interest rates than we have now.”

Morici recommended that the Fed create a pre-set schedule for raising rates by either one-eighth or one-sixteenth of a point at each of its upcoming policy-making meetings, and observe the schedule unless “substantial changes in the economic data” require a dramatic change in direction.

“A gradual one-half or one percentage point a year would give certainty to markets and establish confidence by economic actors, generally, that the Fed has the resolve to restore interest rates to a reasonable level,” Morici said.

Morici’s call for action was echoed in a Bloomberg report published this morning with Federal Reserve Bank of Atlanta President Dennis Lockhart, who insisted that this central bank colleagues engage in a “serious discussion” about raising interest rates.

“Notwithstanding a few recent weak monthly reports—from the Institute for Supply Management, for example—I am satisfied at this point that conditions warrant that serious discussion,” Lockhart said.

However, Lockhart’s sense of urgency has not been publicly shared by others in the central bank’s hierarchy: Fed Governor Daniel Tarullo presented a much more cautious diagnosis of the economy in a speech last year, while Boston Fed President Eric Rosengren and Minneapolis Fed President Neel Kashkari used media appearances to play down the possibility of a rate hike.