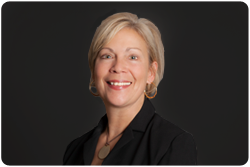 National Mortgage Insurance Corporation (National MI), a subsidiary of NMI Holdings Inc., has announced that Claudia Merkle has been named chief operating officer of the company. In her new role as COO, Merkle will continue to lead underwriting, operations, servicing, sales, marketing, and business development. Merkle will continue to report to National MI CEO Bradley Shuster.

"Claudia's promotion to COO is well-deserved," Shuster said. "She has demonstrated exceptional leadership abilities and has been a key contributor to National MI's success."

A highly respected leader with more than 25 years of experience in the mortgage industry, Merkle has been with National MI since the company's inception in 2012 when she joined as senior vice president, underwriting and risk operations. In 2013, Merkle was promoted to executive vice president, insurance operations, and in 2015, assumed the additional responsibilities of managing National MI's sales and marketing functions. Merkle played a key role in almost doubling National MI's lender clients in the past two years to more than 1,000 clients today. She was also instrumental in developing an innovative rescission relief solution for a majority of National MI's loans.

"I'm very pleased to be named COO," Merkle said. "I'm extremely proud of National MI's achievements and the momentum we've generated in four years. I look forward to accomplishing even more in my new role."

Merkle has been instrumental in National MI's expansion: The company tripled its market share in 2015 and reported a profit for the first time in the second quarter of 2016.