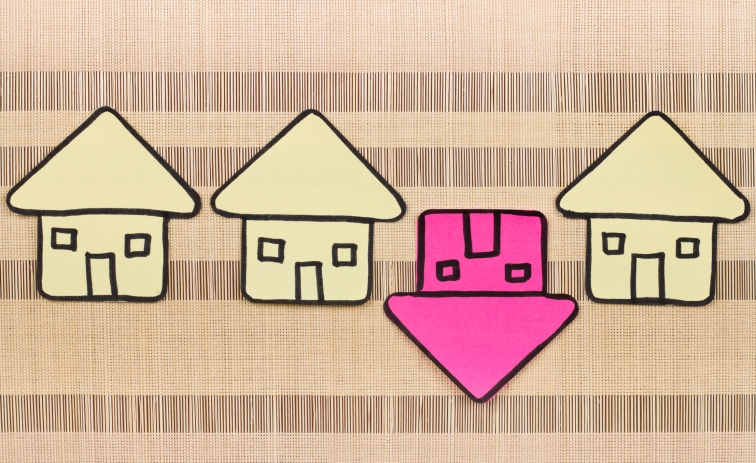 It appears that today’s bargain house is fast becoming tomorrow’s budget-buster, as the latest U.S. Home Flipping Report from ATTOM Data Solutions has found 51,434 single-family home and condo sales were completed flips in the second quarter, a 14 percent spike from the first quarter. The latest data, which also represents a three percent year-over-year increase, is the greatest number of home flips since the second quarter of 2010.

During the second quarter, 68.3 percent of these transactions involving an initial cash purchase by the flipper. But the return on investment (ROI) was more than impressive: homes flipped in the second quarter sold on average for $189,000, $62,000 more than the average purchase price of $127,000, the highest average gross flipping profit since the first quarter of 2000, which was the earliest quarter tracked in the report. 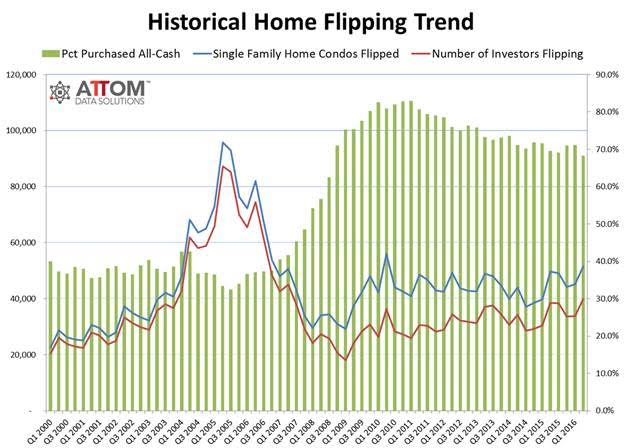 Oddly, low inventory rates do not appear to be helping flippers very much: homes that were flipped in the second quarter took an average of 185 days to flip, up from 180 days from the previous quarter and up from 182 days one year earlier. This is the highest level of flipped homes on the market in 10 years.

Daren Blomquist, senior vice president at ATTOM Data Solutions, noted that there was no reason to be apprehensive over this new flipping frenzy.

“We’re starting to see home flipping hit some milestones not seen since prior to the financial crisis, which is somewhat concerning, but there are a couple of important differences in the home flipping of 2016 compared to 2006 when home flipping peaked during the last housing boom,” Blomquist said. “First, home flippers are realizing a much bigger gross ROI in 2016, averaging 49 percent in the first two quarters compared to an average gross ROI of just 27 percent in 2006. Second, while an increasing number of flippers are financing their purchases, more than two-thirds are still using cash to purchase compared to about one-third using cash to purchase back in 2006.”