The Mortgage Godfather: Why You’re Wrong and What to Do About It – NMP Skip to main content

The Mortgage Godfather: Why You’re Wrong and What to Do About It 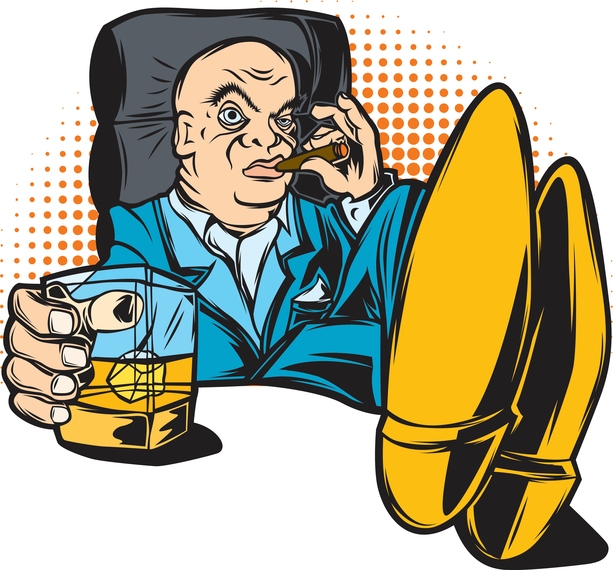 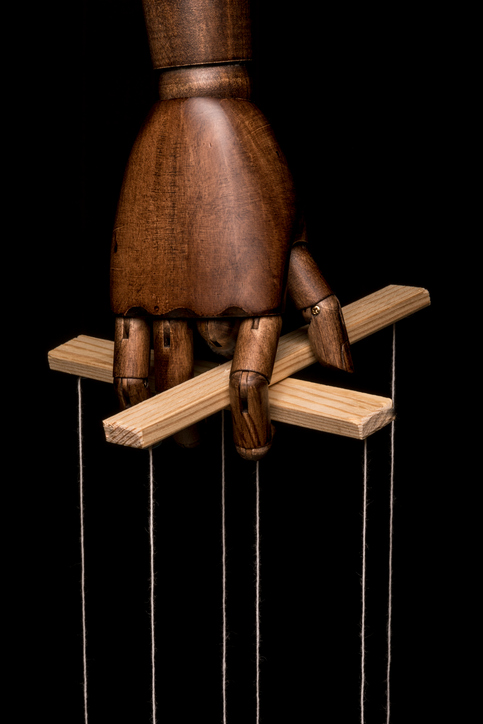 Your approach to sales is modeled after a long practiced method of how to do what you do and it is more than likely the wrong way.

Salespeople in the mortgage industry used to be handed a phone book and told to find the names of real estate agents in their area and pick a few that they thought were close enough to the salespersons’ home.

“Go see some of them and make friends,” they were told. And for the most part, that is just what they did or tried to do. I’m betting that most of you don’t remember or never knew that the only way we did business back then was to form good business relationships with the real estate agents we called on, prove ourselves by answering the phone, knowing the status of the loans in our pipeline, and had a firm understanding of the rules set by the FHA, VA and FNMA. I’m betting that the greater majority of you have never read a mortgage or note, never picked up the HUD Handbook, or perused FNMA’s guidelines for even half an hour.

Then, along comes a refinance market, a market which did not require an MLO to leave their desk. All they had to do was sit by the phone and wait for it to ring. Their broker/owners were placing ads in every known publication, bought list upon list of eligible refi clients, told all of their friends how easy it was to get money out of their equity, and for the most part, failed to keep in touch with the most important people in their rolodex … their real estate agent referral sources. I watched it happen. In fact, when the MLOs started to go back into the field, littered with the bodies of long forgotten MLOs who had been thrown out of real estate agent offices, they were surprised to find that, in most cases, they too were persona non grata.

Real estate agents asked, with forked tongue no longer implanted, but viciously protruding between pursed lips, “Where have you been for the past five years? Now you want my business, when for the last half decade, you’ve been ignoring me? Well, go on your way because I don’t need you anymore!”

It took a very long time, another two or three years before the LOs could figure out any way to generate business, and what was pronounced as the “way,” but that is all wrong.

I coach people for a living. I’ve been doing it for more than three decades. Most of my clients are in the mortgage business. My ability to help them is built upon having spent five-plus decades in this one industry, most of it in sales. The clients I work with, when they meet with me for the first time, via telephone, are asked to complete a questionnaire as to how they generate business. It’s pretty simple. The question that elicits, almost invariably, the same response is “How many real referral sources do you have?” The answer is almost always five or six, but sometimes it is as low as three or four. “That is just pathetic,” as my eighth grade teacher, Sister May Denise used to yell at us when we gave an unsatisfactory answer to a basic question about history or arithmetic. It is pathetic what most of you do. It takes me back to the 1960s when the owner of a mortgage company, usually someone who had been a successful salesperson, handed the phone book to the new hire.

Many years ago, my nephew Peter was waiting to take the course in law enforcement when he decided that rather than just sit and vegetate, he would put his mind and brain to work to learn something completely new. Having spent many years in the company of my father, a former real estate and mortgage broker, Peter was intrigued by the business of marrying a buyer to a seller. Peter went to the prescribed school and was smart enough to pass the state test on his first try. Then he was successful in securing a desk at a high-powered real estate firm, well-respected and very well known.

It was almost immediate that the “parade” started. The one where loan officers of all stripes, backgrounds, experience, motivation and training started to traipse by his cubicle. They were like vultures around a dying carcass, as Peter described them. They were relentless. They came time after time. And Peter, being the nicest he could, let them know how new he was, how inexperienced he was, and how much he wanted to be a success. All of this consternation caused Peter to pretty quickly become even more confused that he was at the beginning of his tenure and within a few weeks, called me to ask my opinion on how to handle this onslaught of people he had never known nor ever expected to know.

“Peter?” I inquired, “What do they say when they come to your cubicle? What do they talk about?”

“They mostly say that they have the lowest rates, some say they will run a credit report for any leads I get, some talk about the programs they have and how their service is so good … that I’ll love doing business with them. And since I’m a bit curious about some of these personalities, I asked a couple of them to tell me about another member of the parade. They have been only too happy to denigrate their peers.”

His description of these people reminded me of a parade where the viewers are asked to rate the quality of the floats: Their colors, ingenuity, originality and content.

“Peter … how do you feel about these people? What has your manager told you to look for? What criteria would you like to use to determine who is really good at their job,” I asked.

“I have no idea Uncle Ralph,” replied Peter. “They all seem alike to me. My manager said to find one I liked.”

A client of mine has recently acted as a special reporter for a national mortgage publication meant to better inform the specific audience they reach. His assignment was to interview executives of major companies and ask what it is that their company does that is their special sales niche. What is the secret that separated them from all their competitors? It is clear to anyone who has viewed those interviews that the message the executives want the world to know is that first, they have the best and widest variety of innovative programs; second, they always give their clients the best rates; and third, they never charge points.

So when I review the conversations I had with my nephew and then about 20 years later am exposed to about a dozen actual interviews, shot on video so there is no mistaking what the participants were saying, I’m telling you that what you probably do is wrong, ill-conceived and improperly taught.

I’m reminded of the secrets that most mortgage salespeople say they have, that they know the way to originate business. I’m telling you it is probably wrong and you should stop it immediately, start on a new system and practice it every day.

I have recently taken on a new client who has been stumbling about because the person who trained him by was a self-confessed “dinosaur” who was still bringing donuts, bagels, coffee and food trays to the few offices he actually went to see. When I told him how to become a better salesperson, I could see the reluctance right through the phone, I could hear the questioning in his voice and sensing the holdback of hearing new ideas.

The most powerful thing in the universe of sales is “ideas,” but ideas will get you nowhere if you don’t put them into action. Ideas have so much power that they are incalculable. What prevents us from using that power is that there is some fear that prevents us from enacting them.

The most powerful emotion, bar none, is fear … the fear of acting silly, stupid, inferior, juvenile, criticism, success, past, future, children, parents, sisters, brothers, aunts, uncles, cousins, co-workers, clients and the list goes on and on. You cannot succeed until you can put your fears aside and enact ideas that will produce the kind of results that you say you want.

It is important here that I convince you that fear of the new style of sales will earn much more money for you than you ever believed. I will also state, emphatically and absolutely, that if you continue to do what you’ve been doing, or not doing, you will fail and fail miserably. If fear of failure is not enough to spurn you to do something different then I think this is the point where you can stop reading. I’m going to offer you a way of earning a living that has been tried, tested vetted and practiced that is proven beyond a shadow of yourself to be life changing.

Just to whet your appetite is one idea … help your real estate agents by suggesting this: Call all their past buyers/sellers at least once a quarter and ask them for a referral. Boom! 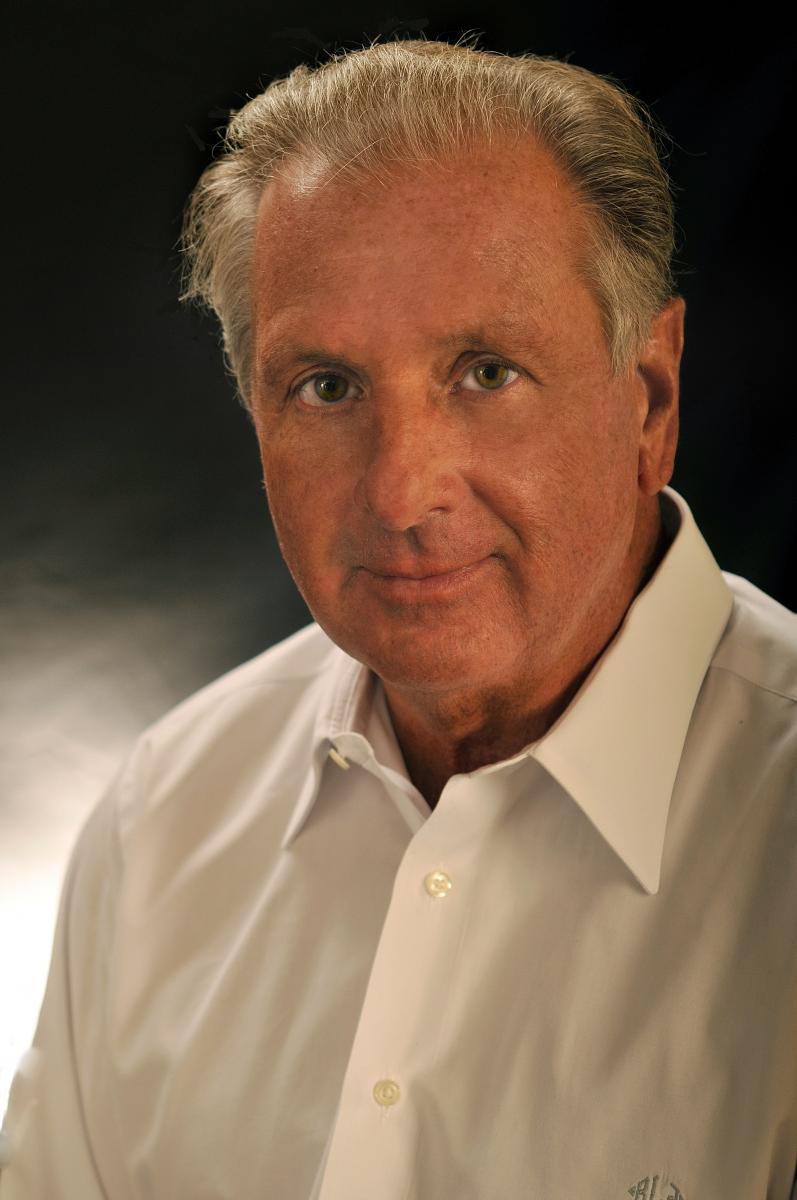