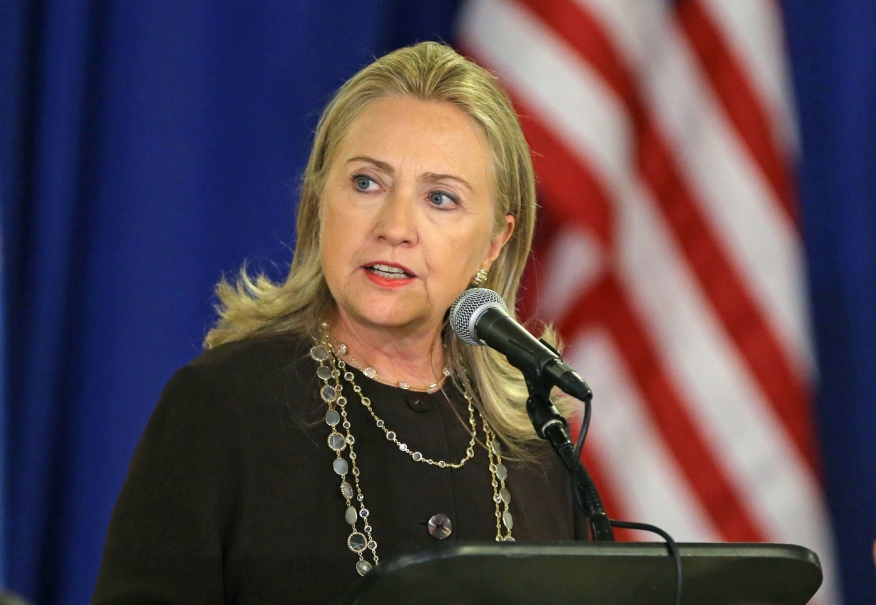 Democratic presidential candidate Hillary Clinton has yet to give a speech focused on housing-related issues, but today she used a New York Times op-ed column to offer a somewhat sketchy consideration that links affordable housing options with anti-poverty measures.

In a column bearing her byline and using the title “Hillary Clinton: My Plan for Helping America’s Poor,” the former Secretary of State insisted that national poverty levels were on the decline. “The good news is that we’re making progress, thanks to the hard work of the American people and President Obama,” she stated, but then noted that more work was required. “If we want to get serious about poverty, we also need a national commitment to create more affordable housing. This issue doesn’t get much election-year coverage, but it’s a big deal to the 11.4 million American households that spend more than half their incomes on rent. Too many people are putting off saving for their children or retirement just to keep a roof over their families’ heads.”

But if the op-ed column was any indication, Clinton’s answer to bringing affordable housing options to Americans appeared to be limited to a single idea involving an existing federal incentive.

“My plan would expand Low Income Housing Tax Credits in high-cost areas to increase our affordable housing supply, and fuel broader community development,” she continued. “So if you are a family living in an expensive city, you would be able to find an affordable place to call home and have access to the transportation you need to get to good jobs and quality schools.”

Clinton did not offer any specifics on how this approach would suddenly increase the quantity of affordable housing options, nor did she address such concerns as low housing inventories and the mostly unsuccessful efforts by major cities to force developers to include a quota of affordable units into new residential developments. Instead, she shifted focus to call for more money to be pumped into depressed areas.

“We also need to ensure that our investments are reaching the communities suffering the most from decades of neglect,” she said. “We have got to acknowledge that even though poverty overall has fallen, extreme poverty has increased. Tim Kaine and I will model our anti-poverty strategy on Congressman Jim Clyburn’s 10-20-30 plan, directing 10 percent of federal investments to communities where 20 percent of the population has been living below the poverty line for 30 years. And we’ll put special emphasis on minority communities that have been held back for too long by barriers of systemic racism.”

Again, did not offer any detail on whether these investments would come from the government, the private sector, or a combination of both, nor did she identify which “minority communities” were being burdened by “barriers of systemic racism”—nor, for that matter, did she offer a clue on how such “systemic racism” was able to remain intact during two terms of the Obama presidency.  But she did use her op-ed piece to send a zinger at Republican rival Donald Trump, citing an unidentified “independent economic analysis” that claimed the Trump economic proposals would spur a new recession.

Clinton’s op-ed comes a week after the Times ran an editorial titled “The Failure to Talk Frankly About Poverty,” which chided both candidates over their lack of focus on poverty-related issues. Trump did not immediately acknowledge the Clinton op-ed, nor did he address the Times’ earlier editorial.