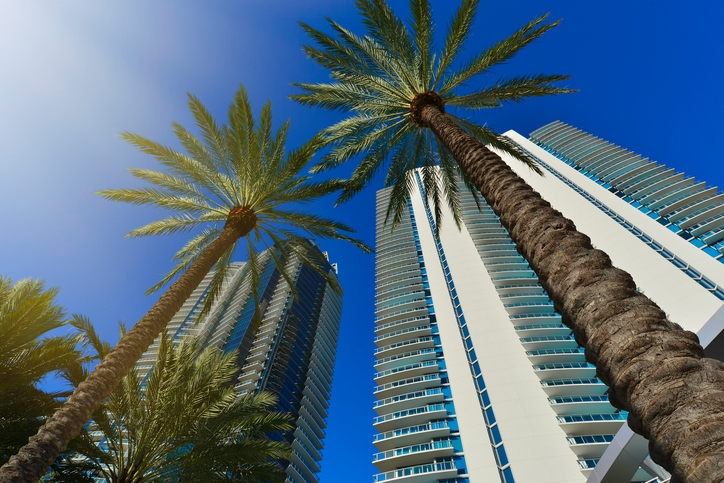 Miami residents who choose renting over homeownership paid a steep price for their decision, according to the latest National Apartment Report issued by ABODO.

In tracking rent price changes on one-bedroom apartments between last month and this month, ABODO determined that Miami experienced the greatest increase, with a nine percent rise. Other major markets showing sharp monthly increases in rents were Virginia Beach, Va. (up seven percent), Milwaukee (also up seven percent), Minneapolis (up six percent), and Colorado Springs, Colo., and Oakland (both up five percent).

On the flip side, El Paso, Texas, saw the greatest monthly decrease in rents, with a 12 percent drop. And several pricey California markets saw decreases, too: Sacramento (down 10 percent), Long Beach (down nine percent), San Jose (down seven percent), San Francisco (down six percent) and Los Angeles (down four percent).

“Although cities like Miami, Milwaukee and Minneapolis experienced a large increase in rent price, some cities actually experienced a decrease,” said Sam Radbil, senior communications manager at ABODO. “This may have happened because construction is at its highest level since the 1980s. We believe that because of these new developments, a steady decline in rent prices in certain rapidly growing metro areas may be on the way. Developers delivered 250,000 new rentals in 2015, and the forecast is for 285,000 more units to be finished in 2016. As we've seen in the past, as more rental units become available, prices should begin to decrease.”