Existing-Home Sales Up, Along with Mortgage Rates – NMP Skip to main content

Existing-Home Sales Up, Along with Mortgage Rates 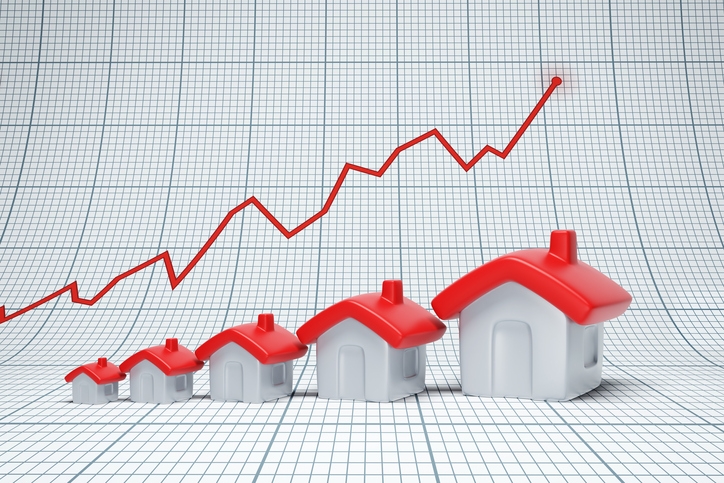 Total existing-home sales were up 3.2 percent to a seasonally adjusted annual rate of 5.47 million in September from a downwardly revised 5.30 million in August, according to new data from the National Association of Realtors (NAR). On a year-over-year measurement, sales were up 0.6 percent. First-time buyers were responsible for 34 percent of sales in September, up from 31 percent in August and 29 percent a year ago; September’s first-time buyers level ties the record set in July 2012.

NAR stated that the median existing-home price for all housing types in September was $234,200, up 5.6 percent from $221,700 one year ago. On a monthly measurement, total housing inventory was up 1.5 percent to 2.04 million existing homes available for sale—but it was also 6.8 percent lower than a year ago (2.19 million). September marked the 16th consecutive month that inventory fell year-over-year for 16 straight months.

“Inventory has been extremely tight all year and is unlikely to improve now that the seasonal decline in listings is about to kick in,” said NAR Chief Economist Lawrence Yun. “Unfortunately, there won’t be much relief from new home construction, which continues to be grossly inadequate in relation to demand. There’s hope the leap in sales to first-time buyers can stick through the rest of the year and into next spring. The market fundamentals—primarily consistent job gains and affordable mortgage rates—are there for the steady rise in first-timers needed to finally reverse the decline in the homeownership rate.”

Separately, Freddie Mac’s Primary Mortgage Market Survey (PMMS) found the 30-year fixed-rate mortgage (FRM) averaged 3.52 percent for the week ending Oct. 20, up from last week when they averaged 3.47 percent. This is the first time since June that the 30-year FRM has risen above 3.5 percent.

“This month, mortgage rates seem to be catching up to Treasury yields and returning to pre-Brexit levels,” said Sean Becketti, chief economist at Freddie Mac. 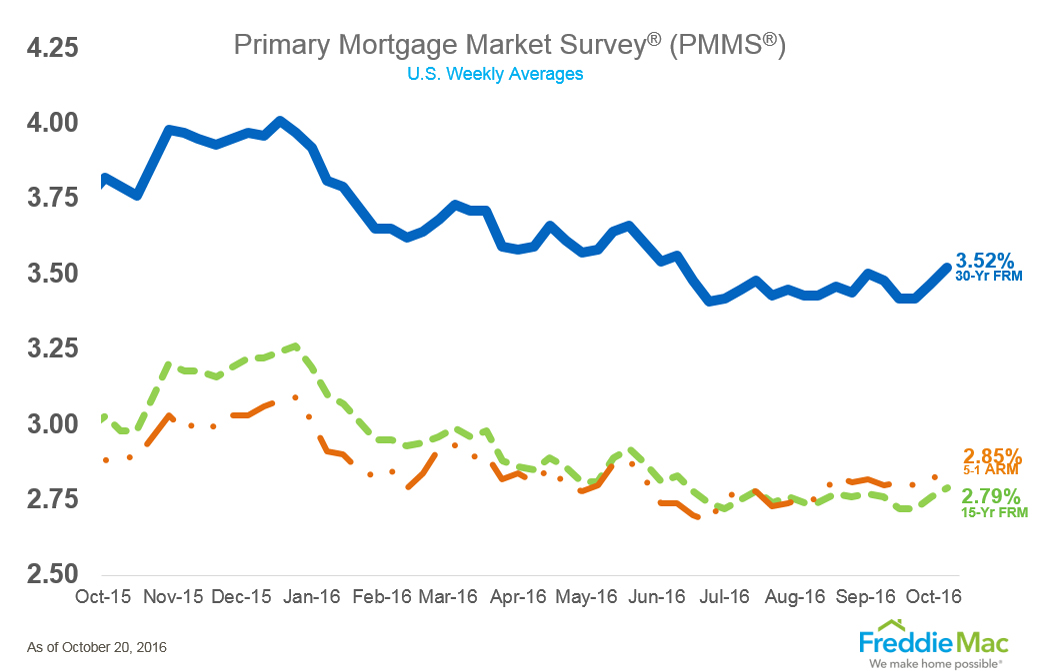