The industry may not have been clamoring for another data index, but it has one: CoreLogic has introduced a quarterly report featuring a proprietary Housing Credit Index (HCI) designed to measures variations in home mortgage credit risk attributes over time—including borrower credit score, debt-to-income ratio (DTI) and loan-to-value ratio (LTV).

“The index incorporates six risk attributes, including the three C's of underwriting—credit, collateral, and capacity,” said Frank Nothaft, chief economist of CoreLogic. “Using 2001 originations as a base year, the HCI shows the significant loosening of credit running up to 2006. This was followed by a dramatic tightening of credit in response to the real estate crash and a decline in high-credit-risk applicants beginning with the Great Recession. While low down payment and high payment-to-income products are available today, borrowers generally need good credit scores to qualify. This may be a factor that has led to the drop-off in applications from those with lower credit scores during the last few years.” 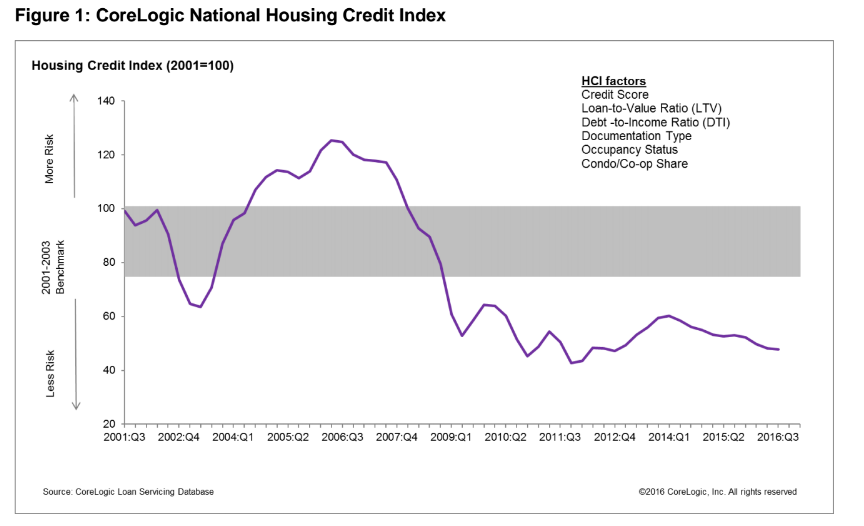