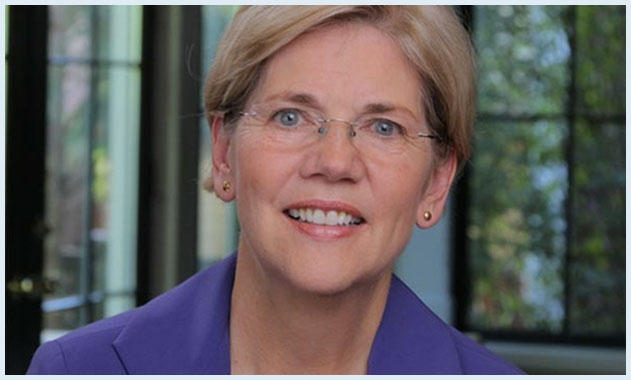 In an email to her supporters, the senator announced that she is running for re-election next year. And she began her announcement by reaffirming her shock over Hillary Clinton’s loss and repeating many of her talking point from last year’s presidential election campaign.

“Nobody expected 2017 to start this way,” Warren wrote. “This isn’t the fight we were expecting to fight. But this is the fight that’s in front of us. And I didn’t come to Washington to roll over and play dead while Donald Trump and his team of billionaires, bigots, and Wall Street bankers crush the working people of Massachusetts and this country. This is no time to quit.”

Warren also appeared to take a subtle jab at Clinton’s media strategy in the 2016 election, noting that there is “no big, fancy fundraising event or a splashy rally or slick TV ad” accompanying her announcement. She also appeared to downplay her crowning achievement in creating the Consumer Financial Protection Bureau by identifying “Wall Street reform” as the last in a list of priorities.