The housing market ended 2016 on a vibrant note, according to the latest RE/MAX National Housing Report. Last year’s home sales in the housing report’s eight-year history, topping the sales of 2015, the previously strongest year.

“Much like 2015, we saw a mostly healthy housing market in 2016 that posted steady growth in sales and prices,” said Dave Liniger, RE/MAX CEO and chairman.“We’re back to pre-recession levels in many markets, with 2017 forecast to be another solid year. We’ll have to wait and see what impact rising interest rates will have.”

The December housing data, however, was a bit of a mild letdown. RE/MAX’s analysis of 53 major metro markets found December’s sales were down 1.8 percent on a year-over-year basis, even though half of the markets reported increased sales from one year earlier. The median sales price of $216,000 was 4.9 percent higher than one year ago but was 1.8 percent below November’s level. Even worse, inventory tightened with a 17.9 percent year-over-year decline while the average number of days on the market was 62, the lowest of any December in the RE/MAX report’s history. 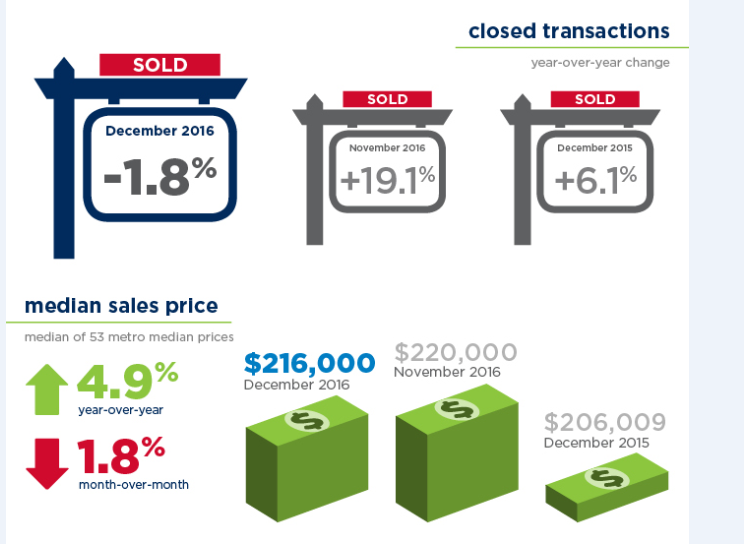