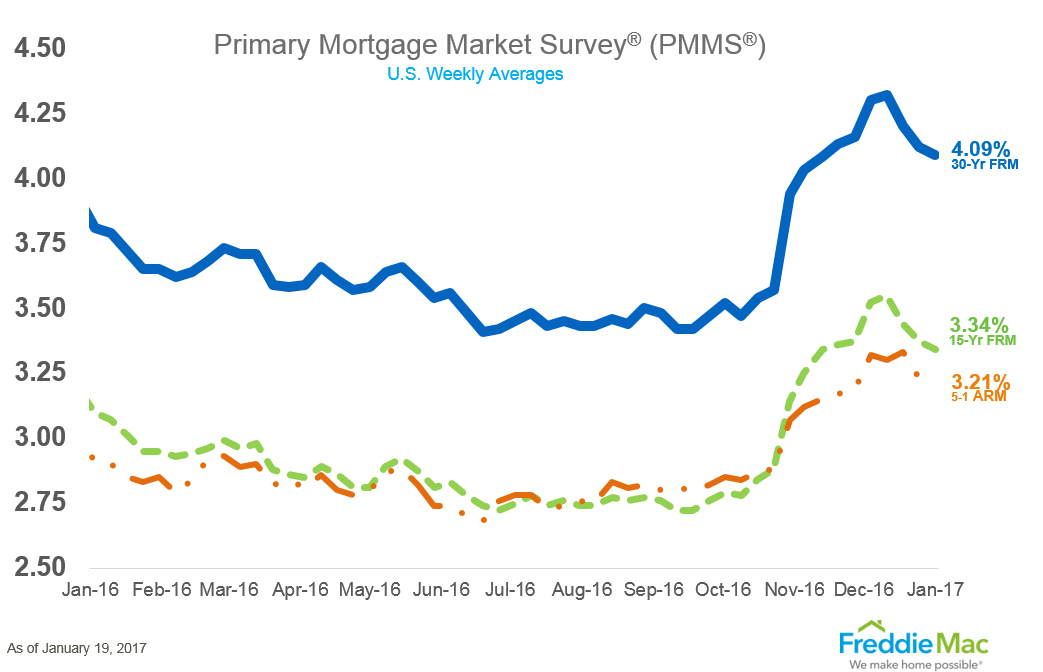 Also on the decline was builder confidence in the market for newly-built single-family homes. The National Association of Home Builders (NAHB)/Wells Fargo Housing Market Index (HMI) dipped by two points to a level of 67 from a downwardly revised December reading of 69 on

All three HMI components dropped: The component gauging current sales conditions fell three points to 72, the index charting sales expectations in the next six months registered a two-point decline to 76 and the component measuring buyer traffic edged one-point lower to 51. On a regional level, the Northeast HMI inched up two points to 52 and the Midwest saw a three-point increase to 64 while the South and West each held steady at 67 and 79, respectively.

“NAHB expects solid 10 percent growth in single-family construction in 2017, adding to the gains of 2016,” said NAHB Chief Economist Robert Dietz. “Concerns going into the year include rising mortgage interest rates as well as a lack of lots and access to labor.”

"Home values ended 2016 growing at their fastest pace of the year, which could be an indication of what to expect in 2017," said Zillow Chief Economist Svenja Gudell. "Lack of inventory will remain a major concern for home buyers this year. Especially lack of available entry-level homes coupled with high demand will continue to rapidly drive up home values in the near future. Buyers should make sure they get pre-approved for a mortgage, and be prepared to move quickly, especially in hot markets like Seattle and Portland. It's not uncommon for buyers to make at least two offers during their home search."