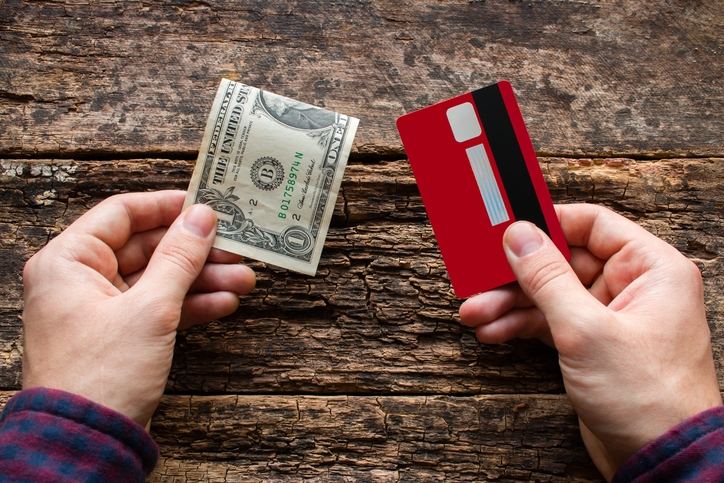 U.S. consumers generated $60.4 billion in credit card debt during the fourth quarter of 2016, according to new data released by WalletHub. This represents the largest fourth-quarter debt increase since 2007 and the third-largest in the last 30 years—as well as an $89.2 billion net increase in credit card debt for 2016 as a whole, which is the most for a year since 2007.
The average credit card debt per household for 2016 was $8,377, up six percent from one year earlier. WalletHub is projecting that consumer credit card debt will surpass the current record for outstanding balances by at least $100 billion by the end of this year.
“We now owe almost exactly as much as we did right before the Great Recession officially began,” said Alina Comoreanu, research analyst at WalletHub. “If charge-off rates begin to rise, things could get ugly fast. The fact that charge-off rates remain near historical lows continues to fuel lenders’ appetites for extending credit, but there will be a tipping point eventually.”
Link copied
Published
Mar 08, 2017
Coming Up See All
Feb
14
Texas Mortgage Roundup — Austin
Austin, TX
Mar
01
Atlanta Mortgage Expo
Atlanta, GA
Mar
15
Mid-South Mortgage Expo
Nashville, TN
Get the Daily
Advertisement
Advertisement
Non-QM
Fitch Rates Mostly Non-QM Offering Backed By A&D Mortgage Loans