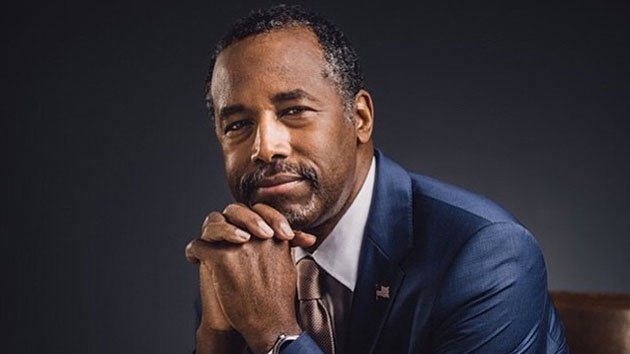 Dr. Ben Carson, the new Secretary of Housing & Urban Development (HUD) and the sole African-American in President Trump’s cabinet, is on the receiving end of ridicule and calls for his resignation from several prominent black celebrities following comments he made earlier this week regarding immigration and slavery.
In his first speech before the HUD workforce, Dr. Carson spoke of the history of immigrants arriving in the U.S., and then stated, “There were other immigrants who came here in the bottom of slave ships, worked even longer, even harder for less. But they too had a dream that one day their sons, daughters, grandsons, granddaughters, great grandsons, great granddaughters might pursue prosperity and happiness in this land.”
Although Dr. Carson’s comments appeared to mirror similar comments made two years by former President Barack Obama, who referred to “those of African heritage who had not come here voluntarily and yet in their own way were immigrants themselves,” the retired neurosurgeon’s comments were received with harsh and often scatological remarks by some black entertainment industry figures, all of whom have been vocal critics of the Trump Administration.
On social media, “Saturday Night Live” performer Leslie Jones used her Twitter channel to declare, “I want to fight Ben Carson!! Cash me outside muthaf**ka! How bout dat!! #Slaveswerenotimmigrants F**KFACE!!” Academy Award nominated actor Samuel L. Jackson also went on Twitter to declare, “OK!! Ben Carson....I can’t! Immigrants? In the bottom of SLAVE SHIPS??!! MUTHAF---A PLEASE!!! #d--kheadedtom.” And filmmaker Ava DuVernay tweeted, “Their dream? Not be kidnapped, tortured, raped, forced to mate, work for another's gain, torn from family + culture.”
On television, “Daily Show” host Trevor Noah used his program to quip, “Calling slaves immigrants is like saying ‘It’s not kidnapping, that person just got a free vacation in the basement!’” And Whoopi Goldberg used her hosting gig on “The View” to exclaim, “Were the slaves really thinking about the American dream? No, because they were thinking, ‘What the hell just happened?’ Immigrants travel somewhere in search of a ‘better life.’”
Dr. Carson clarified his comments on Armstrong Williams’ radio show and on his Twitter feed, using the latter to state, “I’m proud of the courage & perseverance of Black Americans & their incomprehensible struggle from slavery to freedom.” The HUD Secretary made no response to any of the specific statements aimed at him.
Link copied
Published
Mar 09, 2017
Coming Up See All
Feb
14
Texas Mortgage Roundup — Austin
Austin, TX
Mar
01
Atlanta Mortgage Expo
Atlanta, GA
Mar
15
Mid-South Mortgage Expo
Nashville, TN
Get the Daily
Advertisement
Advertisement
Analysis and Data
Index: Home Price Growth Slowed Again In November