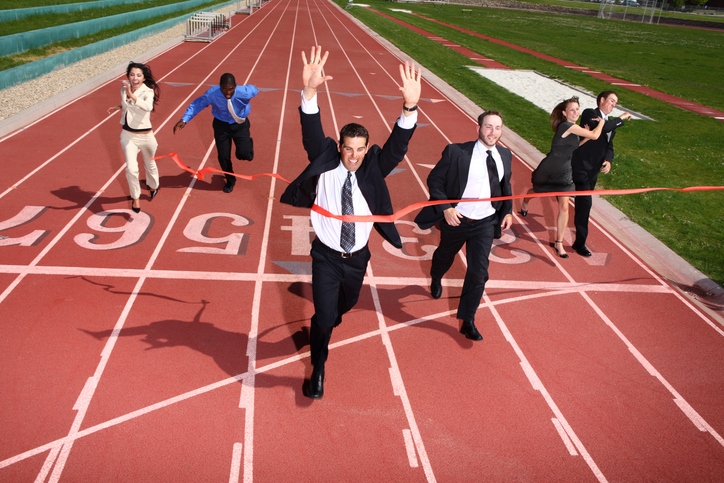 Each state, to perform federally-regulated transactions, must have an appraiser agency in place. These agencies can be standalone boards, umbrella agencies, state staff, governor-appointed volunteers, industry participants and a variety of other variations that make up the board. It is a unique dynamic, whereby state regulators, or boards, must regulate appraisers using a minimum set of guidelines imposed on the appraiser and the state, by federal regulations. The state regulatory program is reviewed by the federal Appraisal Subcommittee (ASC). While these are called compliance reviews, it is an in-depth audit of a state’s regulatory program. These reviews happen a minimum of every two years with some states required to have interim reporting, depending on the findings of their review. These reviews and ASC findings, can be seen at ASC.gov/State-Appraiser-RegulatoryPrograms/StateComplianceReviews.aspx. The goal is to make sure a state is complying with its own laws and that those laws and the state’s practices do not conflict with the requirements of the Appraisal Standards Board or the Appraiser Qualifications Board.
One component of the review includes enforcement. States are not compared to one another in enforcement. A portion of the policy requires equitable enforcement within a state’s own laws and rules. A state board is also required to have a final administrative decision regarding any complaint within one year of the complaint filing date. While this is possible, an efficient streamlined system is a must with minimal variables within a complaint. If a regulator has done everything for a timely investigation and process, but external sources (such as attorneys, or other state agencies) were cause for the delay, it must be documented and may be an acceptable reason.
Just as every state is unique, so is the approach on accepting and processing of complaints. There is one common denominator among all: complaints are taken seriously. Some states consider the entire complaint to be an open record. The appraiser (“Respondent”) knows exactly who filed the complaint (“Complainant”) and may even get a copy of the complaint. In other states, there are various levels of confidentiality which may make the Complainant known only if probable cause is found against the Respondent.
When receiving a complaint, a state will open a case or do an initial review of the complaint to determine its validity. In states that do an initial review a Respondent may only be notified if there is sufficient reason to open a complaint. Some states notify a Respondent by letter requesting a response while other states send an investigator to the Respondent’s office to ask questions and collect the data.
If the state determines that probable cause exists and charges are filed against the appraiser, they may settle or take it to a hearing. At this stage, in most states, it becomes public record, making it difficult for an appraiser with a disciplinary action to continue to work for many lenders.

The impact
It is unfortunate that any adverse board action can essentially cost an appraiser so much of his or her business. What about a disciplinary action for continuing education (CE)? Is that an action worthy of losing his or her livelihood? Maybe, maybe not. Did the appraiser intentionally report that they had completed the required CE but knew it was not complete? Would that lend itself to the morals and ethics of the appraiser? If s/he is willing to blatantly report a falsehood to the state agency, what could they put within their report? What if the appraiser is credentialed in multiple states and they confused the reporting dates for CE as a result of multiple credentials? Would that lend itself to forgiveness for human error? For a CE violation of any kind, should the appraiser be considered incompetent for appraisal work?
Should a CE violation be considered the same level of discipline as a Uniform Standards of Professional Appraisal Practices (USPAP) violation?
There is no such thing as a perfect appraisal report. It doesn’t mean that every report by that appraiser is bad. If the appraiser finished a report on a bad day and a complaint resulted, should that cost him all future work? Some states review multiple reports to determine if it is a pattern of behavior. Most states do not follow this line of investigation as it is a costly and often more time intensive approach.
State regulators are wrestling with disciplinary decisions. It’s no longer simply about the appraiser’s infraction, but also the potential impact to the appraiser’s career. Unless an infraction is egregious or fraudulent, regulators could be put in a position of not disciplining an appraiser. No state regulator wants to be seen as the cause of an appraiser losing his/her livelihood for a small violation that was a mistake. Rather than disciplining an appraiser, a private warning could become the new normal. Is that in the best interest of the industry? Is that making the appraiser better at his profession? Is it protecting the public?

The solution
Everyone needs to be educated. There are a lot of pieces in this puzzle and the majority of people wrestling this issue do not understand the thinking or logic of the others involved. State regulators prefer to use education for disciplinary measures as it is a proven and effective tool. Specific educational topics are often selected by the regulator based on the deficiencies found within the investigative process. A suspension or revocation is punitive, but does nothing to improve an appraiser’s performance. If the appraiser is not a danger to the industry, education is a solution that will promote the ultimate goal of public protection. While the initial purpose of the discipline may not have any intention of being punitive, an appraiser who holds multiple credentials is often penalized in the other jurisdictions which adds the burden of appraiser fines, more education, and additional scrutiny, as well as the loss of business. This is a concern and sometimes referred to as the “pile on” or “domino” effect. Just because another regulatory agency can discipline an appraiser doesn’t mean they should. State regulatory agencies need to use caution when reviewing an appraiser’s violation from another state and discretion in determining whether additional action is necessary. It is my opinion that the public trust and protection should be the primary and only goal of those secondary states reviewing the discipline.

Going forward
This is meant to initiate conversation and to challenge improvement within the industry. This is not meant to advocate for any appraiser who is a habitual offender or fraudulent. This discussion and consideration should be for the appraiser who made a mistake. Perhaps in your mind this is not relevant. Ask yourself if you would want your future income potential, or employment opportunities, to be defined by one bad day at work?
Thoughts to consider and conversation starters:

►If a lending institution believes disciplined appraisers should not be used for appraising properties, why aren’t lenders filing complaints with state boards? Remember, not filing a complaint with a state regulatory agency is a violation of Dodd-Frank.
►If an appraiser is disciplined and subsequently loses clients, has justice been served? Has it made the appraiser better at his profession? Was the public protected?
►States have varying levels of tolerance for appraisal violations. Two appraisers, two states, same violation: One could receive public discipline with education and a fine the other could be given a warning with no public record.
►Could the industry be inadvertently pushing the use of less experienced, less competent appraisers because the best appraisers may have a disciplinary action from years ago?
►Unless it is a suspension, revocation, or voluntary surrender of a credential, not every state makes disciplinary action a public record. Just because it isn’t reported doesn’t mean it didn’t
happen. Is this fair and equitable to the appraisers that live in other states?
►What about crimes of moral turpitude? It’s not a regulatory action if the state board doesn’t consider it to be a matter of moral turpitude. Will your agency rely solely on the state appraiser board’s decision?
►Most states do not have a disciplinary “one-size-fits-all” because they take into consideration mitigating circumstances. Should lenders consider mitigating circumstances in their own right?
►Could the current method of excluding disciplined appraisers lead to a watered down state disciplinary effect?
►How old must the discipline be to no longer be a consideration? Should this depend on what the infraction was?
►If the appraiser is in good standing in the states of certification should that not be enough to satisfy the lender?

There are fraudulent appraisers out there, there are also some very capable appraisers who have made an error. The industry’s attempt to negate the use of the unethical appraiser has created unintended consequences, which has eliminated some highly-skilled and competent appraisers. If the industry will not change its course from today’s trend of using appraisers with flawless disciplinary records, it could be creating its own appraiser shortage. 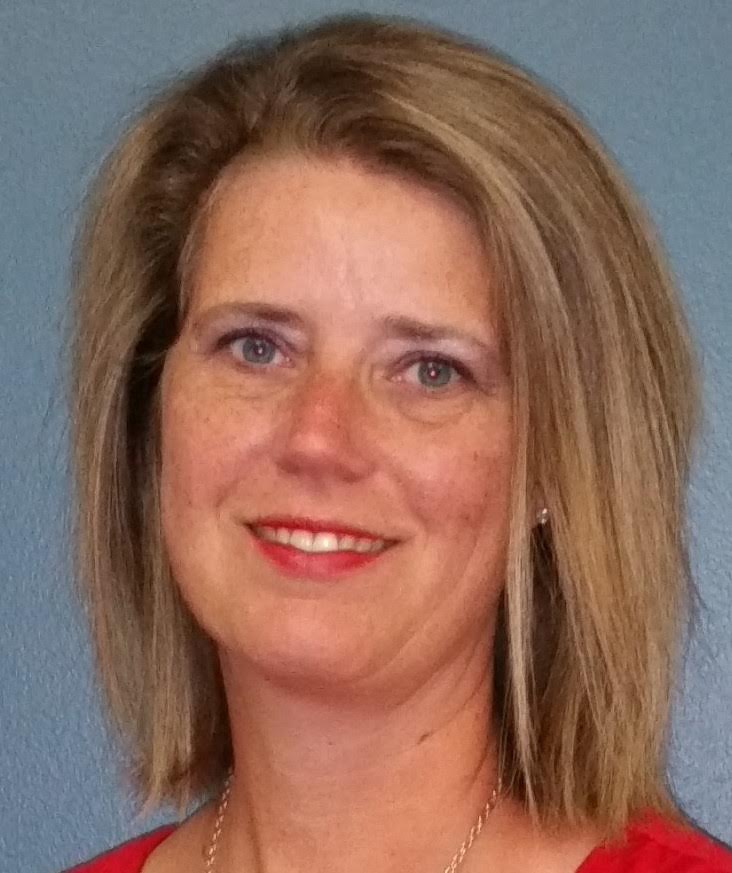 Toni Bright is chief compliance officer for CoesterVMS in Rockville, Md. Toni’s prior experience includes eight years as a real estate broker and time spent teaching junior high and high school English. She may be reached by phone at (240) 696-2467 or e-mail [email protected].
This article originally appeared in the October 2016 print edition of National Mortgage Professional Magazine.