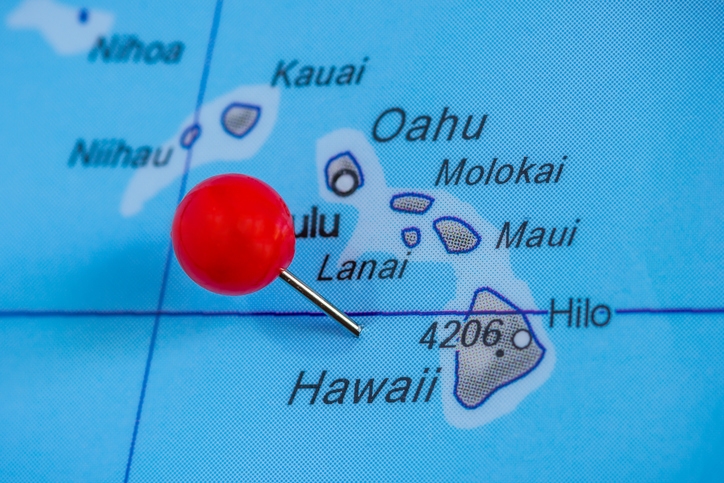 Simplifile has announced that Title Guaranty has completed the first-ever e-recording of a Land Court document in the state of Hawaii using Simplifile’s E-recording service. The document, a mortgage, was submitted into the public record in late July in a process that took only minutes.
Unlike most U.S. states, Hawaii does not have a county recording system. Instead, mortgages, deeds, and other real property documents are recorded through the State of Hawaii Bureau of Conveyances, which manages two systems of recordation: the Regular System and the Land Court System. While Hawaii has allowed e-recording of Regular System documents since 2010, last week’s achievement marks the first time a Land Court document has been recorded electronically in the state’s history.
“As the first title and escrow company in Hawaii, Title Guaranty is excited to now be the first to e-record in the state’s Land Court System,” said Title Guaranty Chief Operating Officer Mike B. Pietsch. “In addition to the many efficiencies it will create, e-recording will also allow clients much earlier access to their original recorded documents. We are proud to lead the way in utilizing technology to enhance a process that is so critical to real estate transactions in Hawaii.”
Paper-based recording can be especially cumbersome in Hawaii, where documents have to be air-mailed from neighboring islands to the Bureau of Conveyances on Oahu at great time and expense. The move to an electronic process represents a major step up in recording security, speed, and savings for Hawaii’s document submitters and recorders.
“Bilateral e-recording in Hawaii is a milestone we have been working toward for more than a decade,” said Simplifile President Paul Clifford. “After seeing first-hand the challenges document submitters must face to manually record in Hawaii’s island geography, we are extremely gratified to bring the convenience, security and cost savings of e-recording to the Land Court.”
As the pilot submitter for the first Hawaii Land Court recording, Title Guaranty worked closely with Simplifile to prepare for the momentous transaction.
“Our experience with Simplifile was excellent,” Pietsch said. “Their collaborative approach during our initial training on the platform, preparation for the pilot, and first batch of submissions to the Bureau of Conveyances made the whole process seem easy and clear to understand.”
Link copied
Published
Aug 22, 2017
Coming Up See All
Sep
28
DealDesk: Introduction to Acra Lending's Light Doc Programs
Webinar
2:00 PM ET
Sep
29
How to Win with Non-Delegated Correspondent - Key Insights on the Model and Fulfillment Solutions
Webinar
2:00 PM ET
Oct
06
How to Use Credit as A Strategic Tool to Attract More Leads, Make Better Offers and Close More Loans
Webinar
2:00 PM ET
Get the Daily
Advertisement
Advertisement
Military Lending
Saluting Military Lenders And Originators