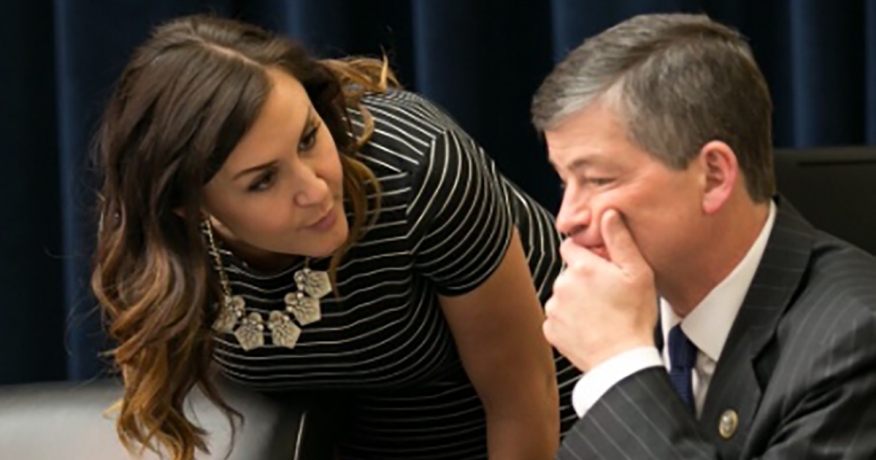 Kirsten Sutton Mork has been named chief of staff of the Consumer Financial Protection Bureau (CFPB), a position previously held by the agency’s Deputy Director, Leandra English.
Mork is Staff Director of the House Financial Services Committee, a position she’s held for the past four years, and she is expected to join the CFPB in the next few weeks. Rep. Jeb Hensarling (R-TX), the committee’s chairman, praised the appointment.
"As one of my longest-serving and most dedicated aides, Kirsten has been an indispensable adviser to me for the last nine years. Her leadership, deep understanding of financial policy and the legislative process, strength of character, and commitment to conservative principles have been vital to the great victories the committee has achieved for the American People during her tenure here," said Hensarling in a press statement.
Hensarling, who is not seeking re-election this year, has been floated in the media as a potential replacement to Richard Cordray as the CFPB’s Director. However, the White House has not commented on when a new Director will be announced.
Link copied
Published
Jan 08, 2018
Coming Up See All
Aug
10
OriginatorTech
Virtual
•
11:40 AM ET
Aug
12
California Mortgage Expo – San Diego
San Diego, CA
Aug
17
Leverage AI-Powered Document Automation & Key Servicing Tasks
Webinar
1:00 PM ET
Get the Daily
Advertisement
Advertisement
Analysis and Data
Mortgage Rates Slip In The First Week Of August 2021