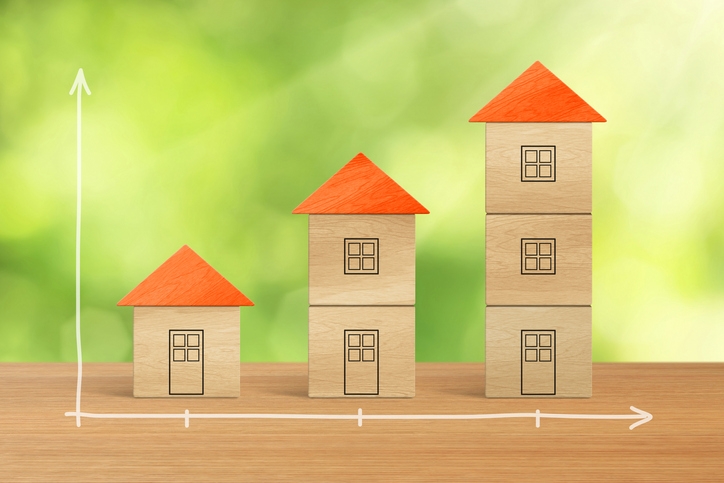 Another data report reaffirmed the seemingly non-stop rise in home prices during 2017, with the new S&P CoreLogic Case-Shiller Indices report tracking more upticks during December.
The S&P CoreLogic Case-Shiller U.S. National Home Price NSA Index reported a 6.3 percent annual gain in December, up from 6.1 percent in the previous month. The 10-City Composite recorded a six percent annual increase that was unchanged from November, while the 20-City Composite posted a 6.3 percent year-over-year gain, down slightly from 6.4 percent in the previous month.
Before the seasonal adjustment, the National Index and the 10- and 20-City Composites all posted a month-over-month gain of 0.2 percent in December. After the seasonal adjustment, the National Index recorded a 0.7 percent month-over-month increase in December while the 10-City and 20-City Composites both posted 0.6 percent month-over-month increases. Twelve of the 20 cities reported increases in December before seasonal adjustment, while all 20 cities reported increases after seasonal adjustment.
Among the major metro markets, Seattle posted the greatest year-over-year price increase in December with a 12.7 percent spike, followed by Las Vegas with an 11.1 percent rise and San Francisco with a 9.2 percent upswing. Nine cities reported greater price increases in the year ending December 2017 the year ending November.
David M. Blitzer, Managing Director and Chairman of the Index Committee at S&P Dow Jones Indices, wondered if the momentum could continue through 2018.
“Within the last few months, there are beginning to be some signs that gains in housing may be leveling off,” Blitzer said. “Sales of existing homes fell in December and January after seasonal adjustment and are now as low as any month in 2017. Pending sales of existing homes are roughly flat over the last several months. New home sales appear to be following the same trend as existing home sales. While the price increases do not suggest any weakening of demand, mortgage rates rose from four percent to 4.4 percent since the start of the year. It is too early to tell if the housing recovery is slowing. If it is, some moderation in price gains could be seen later this year.”
Link copied
Published
Feb 27, 2018
Coming Up See All
Aug
18
Maximum Acceleration
Las Vegas, NV
Aug
19
Originator Connect
Las Vegas, NV
Aug
19
Non-QM Summit
Las Vegas, NV
Get the Daily
Advertisement
Advertisement
Analysis and Data
Mortgage Debt Rose 14% From 2017-2021: Experian