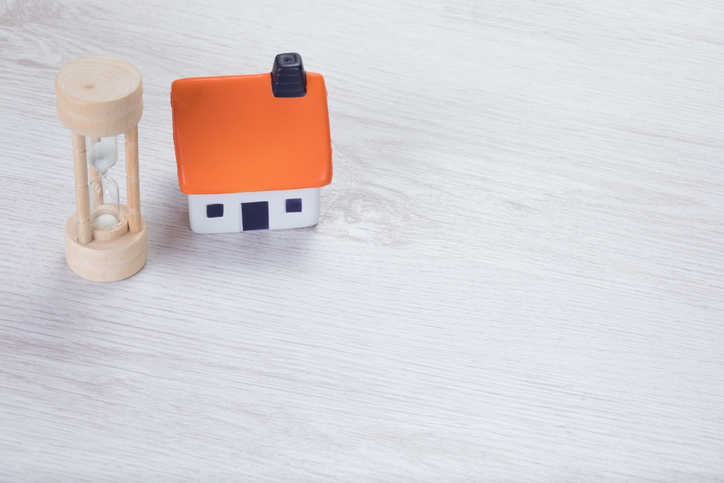 There was good news and not-so-good news in regarding to the 2017 home sale market.
New data released by Zillow found it took a record-breaking 81 days to sell the median home in 2017, nine days faster than the 2016 level. June was the top month for home sales, when the typical home required an average of roughly 73 days to sell, including closing. San Jose was the fastest-selling market of 2017, with the typical home getting sold in 41 days.
Part of this speed can be explained by inventory—or, more accurately, the lack thereof. Nationwide, housing inventory has fallen on a year-over-year basis for 37 consecutive months. As a result, approximately one-quarter of all homes sold last year for higher than their listed prices.
"As demand has outpaced supply in the housing market over the past three years, buying a home has become an exercise in speed and agility," said Zillow Senior Economist Aaron Terrazas. "This is shaping up to be another competitive home shopping season for buyers, who may have to linger on the market until they find the right home but then sprint across the finish line once they do."
Separately, the Mortgage Bankers Association (MBA) reported that independent mortgage banks and mortgage subsidiaries of chartered banks made an average profit of $711 on each loan they originated in 2017, a rather steep drop from the $1,346 per loan averaged in 2016. Average production volume was $2.13 billion (8,882 loans) per company in 2017, down from $2.68 billion (11,106 loans) per company one year earlier. The MBA estimated total mortgage industry production volume was $1.71 trillion in 2017, down from $2.05 trillion in 2016.
Last year also saw an increase in production costs. The MBA determined that total loan production expenses—including commissions, compensation, occupancy, equipment, and other production expenses and corporate allocations—swelled to $8,082 per loan in 2017, up from $7,209 in 2016.
“Production profits dropped by almost half in 2017 as rate-term refinancings diminished and the overall average production volume dropped,” said Marina Walsh, MBA’s Vice President of Industry Analysis. “Production revenues per loan were up slightly for the year, as higher loan balances mitigated the effects of competitive pressures.”
Link copied
Published
Apr 17, 2018
Coming Up See All
Aug
03
New York Mortgage Expo
Suffern, NY
Aug
10
OriginatorTech
Virtual
•
11:00 AM ET
Aug
12
California Mortgage Expo – San Diego
San Diego, CA
Get the Daily
Advertisement
Advertisement
Industry News
Anchor Loans Hires Andrew Jewett As SVP, Enterprise Sales