Study: One in 10 Detroit Foreclosures Due to Over-Assessments 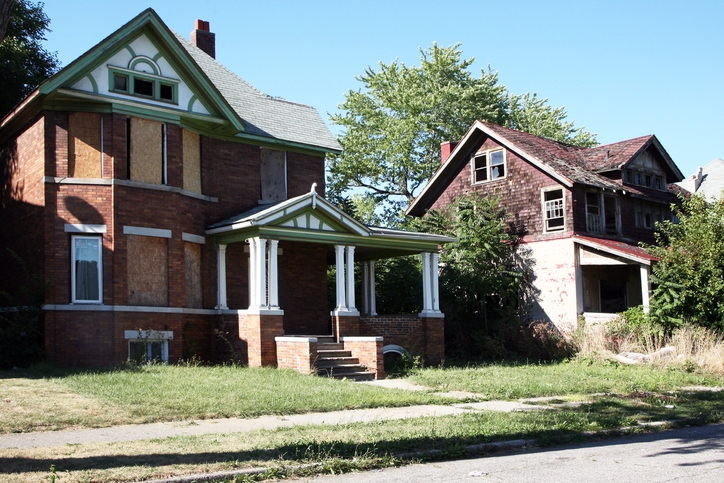 A study of Detroit tax foreclosures enacted between 2011 and 2015 has concluded that 10 percent of these foreclosures were due to over-assessments.
According to a Detroit News report, a new study by Bernadette Atuahene, a law professor at the Chicago-Kent College of Law, and Christopher Berry, a professor at the University of Chicago Harris School of Public Policy, determined that the over-assessments that created the foreclosures were mostly concentrated among the city’s lowest valued homes, which sold for less than $8,000. The average property that sold for under $8,000 was assessed at 7.5 times its actual sale price, according to the new study.
"The very population that most needs the city to get the assessments right, the poorest of the poor, are being most detrimentally affected by the city getting it wrong," said Atuahene. "There is a narrative of blaming the poor that focuses on individual responsibility instead of structural injustice. We are trying to change the focus to this structural injustice."
Over-assessment of properties has been a longstanding problem in Detroit, with Mayor Mayor Mike Duggan acknowledging the city's assessments were inflated for years. However, city officials have stated residents could have filed appeals with the city and state if they believed their assessments were incorrect.
"We believe the citywide reappraisal has been an important part of the major reduction in the number of foreclosures occurring in the city, which continue a steady decline and will provide a solid foundation for future growth," said Detroit’s Deputy CFO-Assessor Alvin Horhn. "The number of foreclosures of owner occupied homes, specifically, has gone down by nearly 90 percent over the past few years."
Link copied
Published
Jun 14, 2018
Coming Up See All
Aug
03
New York Mortgage Expo
Suffern, NY
Aug
10
OriginatorTech
Virtual
•
11:40 AM ET
Aug
12
California Mortgage Expo – San Diego
San Diego, CA
Get the Daily
Advertisement
Advertisement
Industry News
Anchor Loans Hires Andrew Jewett As SVP, Enterprise Sales