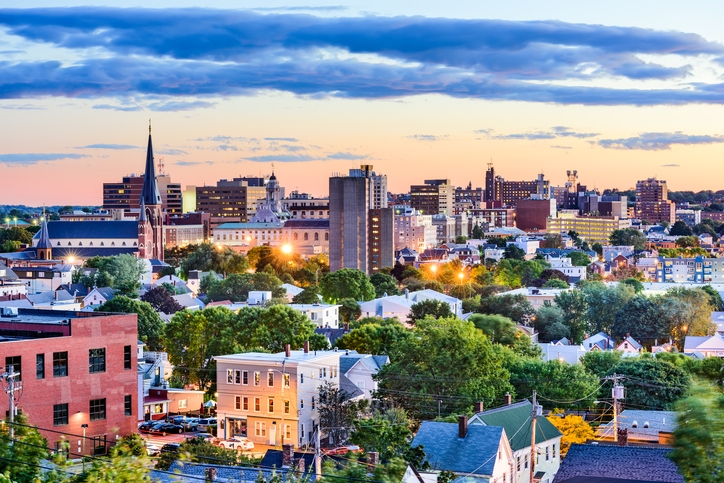 City leaders in Portland, Maine, are debating whether to impose a $5,000-per-room fee on new hotel construction to finance local affordable housing developments.
According to a report in Portland Press-Herald, the new “hotel linkage fee” would apply only to new hotels being built and would not be applied retroactively to the 2,850 hotel rooms across the city’s lodging sector. City officials anticipate approximately 400 hotel rooms will be built in Portland by 2020, and the proposed fee would generate $2 million in fees.
“That’s real money,” Mayor Ethan Strimling said.
The fee being recommended is the result of a study conducted by the Greater Portland Council of Governments which found that Portland is adding hotel rooms much faster than the national average.
From 2013-2016, the number of hotel rooms increased by 14.6 percent, compared to the national average of 2.9 percent, he said. The research also showed that hotels have a return on investment that’s three to five times greater than other commercial sectors, including restaurants, retail and office space. And even with that growth in hotel rooms, nightly rates and the revenue per room-night have continued to increase.
“Clearly the data suggests that the hotel market is one of the most lucrative in Portland and that’s partially why we’re seeing so many hotel proposals in the city,” said Planning and Urban Development Director Jeff Levine. The city currently has 2,850 hotel rooms, with hundreds more in the pipeline, he said.
Levine added that hotel developers would have the option of avoiding the fee by providing one low-income housing unit for every 20 hotel rooms either on-site or at another location.
Local hotel developers have angrily questioned why their industry is being targeted as the sole cash source for new affordable housing, and Mayor Ethan Strimling stated he preferred widening the linkage fee to all commercial properties.
“I certainly support going more broadly, but I’m ready to support this so we can get this in place,” Strimling said. “I don’t want the Planning Board going backwards on this or feeling pressure from the hotel industry to reduce the fee below what’s being recommended.”
Link copied
Published
Jul 03, 2018
Coming Up See All
Aug
18
Maximum Acceleration
Las Vegas, NV
Aug
19
Originator Connect
Las Vegas, NV
Aug
19
Non-QM Summit
Las Vegas, NV
Get the Daily
Advertisement
Advertisement
Analysis and Data
Existing-Home Sales Fell Again In July