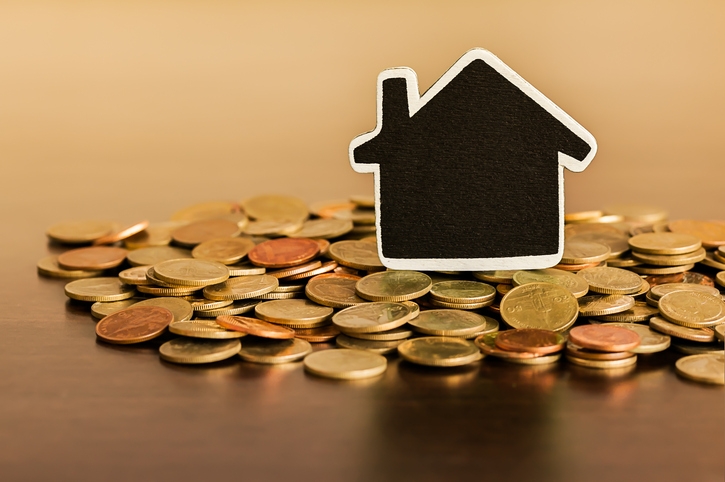 Tappable equity ballooned by more than $380 billion in the first quarter, according to new data from Black Knight Inc. The first quarter data represents the largest single-quarter growth since Black Knight began tracking the metric in 2005, while the $5.8 trillion in total tappable equity held by homeowners with mortgages is 16 percent above the mid-2006 peak, setting a new record.
Tappable equity is defined as the share of equity available for homeowners with mortgages to borrow against before reaching a maximum total combined loan-to-value ratio of 80 percent. Black Knight noted that the average mortgage holder gained $14,700 in tappable equity over the past year and has $113,900 in total.
However, the quantity of available equity did not automatically spur new usage. Black Knight also noted that the amount withdrawn in the first quarter fell nearly 7 percent from the fourth quarter of 2017, with only 1.17 percent of available equity being tapped—the lowest share since the first quarter of 2014 and the second lowest quarterly share since the beginning of the housing recovery. And the $35 billion withdrawn via home equity lines of credit (HELOCs) in the first quarter marked a two-year low.
“In the first quarter of 2018, homeowners with mortgages withdrew $63 billion in equity via cash-out refinances or HELOCs,” said Ben Graboske, Executive Vice President of Black Knight’s Data & Analytics Division. “That represents a slight one percent increase from the same time last year, despite the fact that the amount of equity available for homeowners to borrow against increased by 16 percent over the same time period. Collectively, American homeowners now have $5.8 trillion in tappable equity available.”
Graboske added that one key reason behind the drop in HELOC equity utilization was “increasing spread between first-lien mortgage interest rates, which are tied most closely to 10-year Treasury yields, and those of HELOCs which are more closely tied to the federal funds rate. As of late last year, the difference between a HELOC rate and a first-lien rate had widened to 1.5 percent, the widest spread we’ve seen since we began comparing the two rates 10 years ago. The distance between the two has closed somewhat in the second quarter as 30-year mortgage rates have been on the rise, which does suggest the market remains ripe for relatively low-risk HELOC lending expansion.”
Link copied
Published
Jul 09, 2018
Coming Up See All
Oct
19
Suncoast Mortgage Expo
Tampa, FL
Nov
10
Motor City Mortgage Expo
Detroit, MI
Nov
18
Texas Mortgage Roundup – Houston
Houston, TX
Get the Daily
Advertisement
Advertisement
Analysis and Data
MBA Forecast: Purchase Originations To Rise 9% In 2022