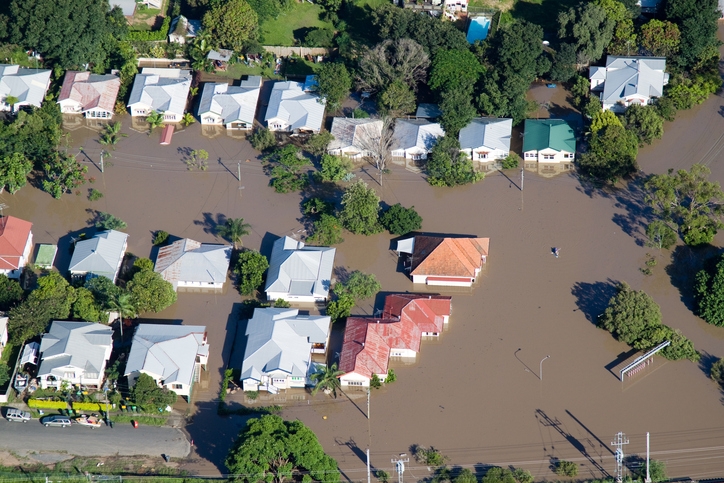 The House of Representatives voted 366-52 to pass legislation that will extend the National Flood Insurance Program (NFIP) until the end of November.
The NFIP is scheduled to expire on July 31. The House vote came one day before its members are scheduled to leave on its August recess. The Senate, which had its August recess put on hold by Senate Majority Leader Mitch McConnell (R-KY), is expected to take up the legislation in the coming weeks.
Rob Nichols, President and Chief Executive Officer of the American Bankers Association (ABA), warned that the NFIP cannot be allowed to expire or repeatedly saved with temporary measures.
“If there is a lapse, many loan closings in high-risk areas will be delayed or otherwise complicated, resulting in additional costs and borrower frustrations,” Nichols said, noting that his organization “strongly supports both a long-term reauthorization of the program and necessary reforms that will make the NFIP more sustainable, while also balancing concerns over availability and affordability.”
SmarterSafer, a coalition of environmental groups, taxpayer advocates, insurance stakeholders, housing organizations and mitigation advocates supporting reforms to the flood insurance process, had mixed feelings over the vote.
“Though SmarterSafer is pleased that the House took action so that NFIP will not lapse, it is disheartening that our representatives have once again declined to enact much needed reforms to NFIP, which has borrowed over $25 billion from U.S. taxpayers,” said the group in an unattributed statement. “We urge Congress to use the next four months to create a comprehensive legislative package that addresses ensures that the program better protects people in harm’s way, the environment and taxpayers.”
National Association of Realtors (NAR) President Elizabeth Mendenhall said, “Flooding is the most common and costly natural disaster in the United States. Without an extension of authority, the National Flood Insurance Program cannot write or renew flood insurance in 22,000 communities nationwide. The bill passed by the House today ensures the program remains available to those Americans who rely upon it, while enabling Congress to continue working toward a long-term reauthorization and reform measure. We urge the Senate to take swift action on this bill before the program expires on July 31.”
Link copied
Published
Jul 25, 2018
Coming Up See All
Jan
26
Mortgage Leadership Outlook: Karl Jacob
Webinar
1:00 PM PT
Jan
27
Making Money in Non-QM
Webinar
1:00 PM ET
Feb
08
Texas Mortgage Roundup — Austin
Austin, TX
Get the Daily
Advertisement
Advertisement
Analysis and Data
Funding For Multifamily Affordable Housing Reaches Its Highest Volume In 2021