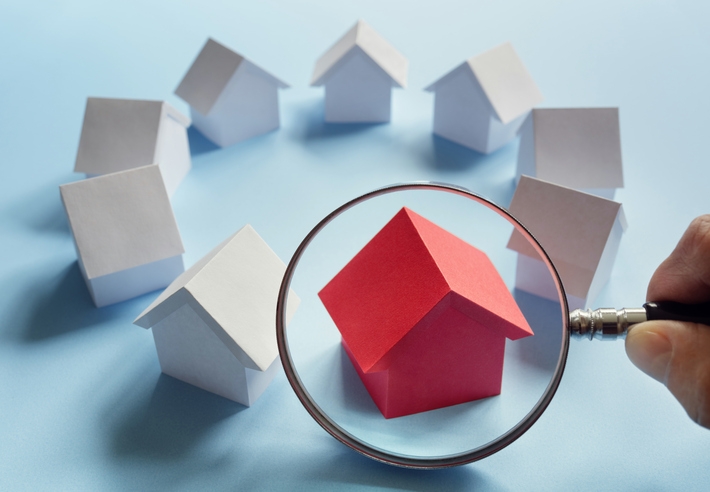 Pending home sales increased in all four major regions in June, but overall activity lagged year ago levels for the sixth straight month, according to the National Association of Realtors (NAR). NAR’s Pending Home Sales Index (PHSI) rose 0.9 percent to 106.9 in June from 105.9 in May. Despite last month’s increase, contract signings are still down 2.5 percent on an annual basis.
“After two straight months of pending sales declines, home shoppers in a majority of markets had a little more success finding a home to buy last month,” said Lawrence Yun, NAR Chief Economist. “The positive forces of faster economic growth and steady hiring are being met by the negative forces of higher home prices and mortgage rates. Even with slightly more homeowners putting their home on the market, inventory is still subpar and not meeting demand. As a result, affordability constraints are pricing out some would-be buyers and keeping overall sales activity below last year’s pace.”
Last month, existing inventory was up on an annual basis–albeit slightly–for the first time in three years. Furthermore, data on year-over-year changes in inventory in June, several large metro areas saw big jumps in active listings, including Portland, Oregon (24 percent), Providence, Rhode Island (20 percent), Seattle (19 percent), Nashville, Tennessee (17 percent) and San Jose, California (15 percent).
“Pending home sales bounced back in June, blunting the recent onslaught of disappointing housing reports. The increase in contract signings mirrors recent trends when you compare it to mortgage rate movements,” said Freddie Mac Deputy Chief Economist Len Kiefer. “Rates moved higher in the first five months of 2018, but have stabilized around 4.5 percent since June. This stability and a strong economy just might be the ingredients the housing market needs to get back on track.”
Heading into the second half of the year, NAR now forecasts for existing-home sales in 2018 to decrease one percent to 5.46 million–down from 5.51 million in 2017. The national median existing-home price is expected to increase around 5.0 percent. In 2017, existing sales increased 1.1 percent and prices rose 5.7 percent.
The PHSI in the Northeast increased 1.4 percent to 93.7 in June, but is still 4.1 percent below a year ago. In the Midwest the index rose 0.5 percent to 101.9 in June, but is still 2.1 percent lower than June 2017. Pending home sales in the South climbed 1.1 percent to an index of 124.2 in June, but are 0.3 percent below a year ago. The index in the West inched forward 0.7 percent in June to 95.4, but is 5.6 percent below a year ago. 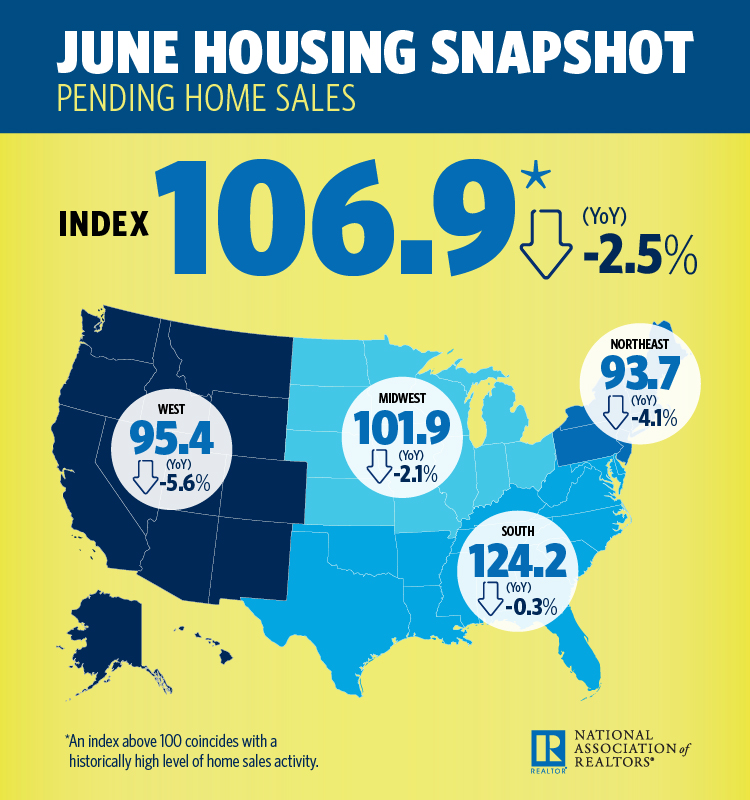