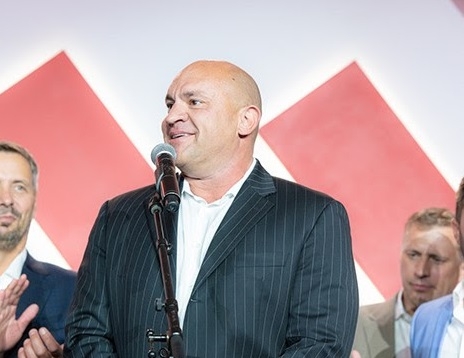 production by both volume and units was the PRMI team from Scottsdale, Ariz., led by Division President and Branch Manager Geoff Rooker.
“I couldn’t be prouder of my colleagues and their dedication to helping our community members achieve their home ownership goals,” said Rooker. “The team from Scottsdale is made up of skilled, knowledgeable and capable individuals who diligently work together to put the needs of our customers at the forefront of every decision we make.”
Though each Loan Originator at PRMI’s Scottsdale location contribute to the continued success of the branch, its top four producers include Matthew Belmont, Stacy Orozco, Jim Hutelmyer and Marshall Massey. In addition to being top branch producers, Belmont and Orozco were also honored at PRMI’s recent conference as top producers for the entire company in both volume and units.
“Each year, we get the chance to recognize a handful of Loan Officers who set a standard of excellence, not just within the company, but for the mortgage industry as a whole,” said PRMI President of Retail Chris Jones. “Stacy and Matthew are both shining examples of what it takes to achieve that level of success by working hard and putting their customers first.”