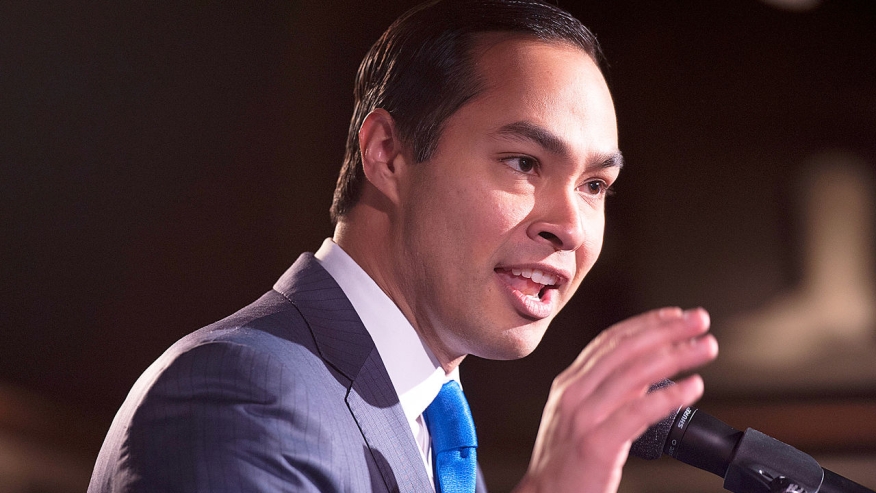 One month after launching an exploratory committee to test the waters for a potential presidential run, former U.S. Department of Housing & Urban Development Secretary (HUD) Julián Castro formally announced his candidacy for the 2020 Democratic presidential nomination.
Castro, a former San Antonio Mayor, made his announcement on Saturday before a crowd of more than 1,000 people in the Texas city’s Plaza Guadalupe.
"I'm running for president because it's time for new leadership, because it's time for new energy and it's time for a new commitment to make sure that the opportunities that I've had are available to every American," Castro said.
Castro made no mention of President Trump in his Saturday speech. On Sunday, Castro traveled to San Juan, Puerto Rico, and blamed the Trump Administration for the 2017 devastation brought to the island by Hurricane Maria.
"The Administration failed to prepare for the hurricane," Castro said. "It failed to coordinate a swift response and it has failed in the recovery process as well."
Castro was touted as a potential running mate for Hillary Clinton in 2016, but that spot went to Virginia Sen. Tim Kaine. No HUD Secretary has ever been elected President, but three would-be presidential hopefuls—George Romney, Jack Kemp and Ben Carson—were appointed to run HUD by the political rivals who bested them in the White House race.
Link copied
Published
Jan 14, 2019
Coming Up See All
Oct
06
How to Use Credit as A Strategic Tool to Attract More Leads, Make Better Offers and Close More Loans
Webinar
2:00 PM ET
Oct
11
California Mortgage Expo – SF/Oakland
San Francisco, CA
Oct
13
Close More Loans for Self-Employed Borrowers
Webinar
2:00 PM ET
Get the Daily
Advertisement
Advertisement
Distributed Retail
PennyMac Financial Services Appoints New Chief Mortgage Innovation Officer