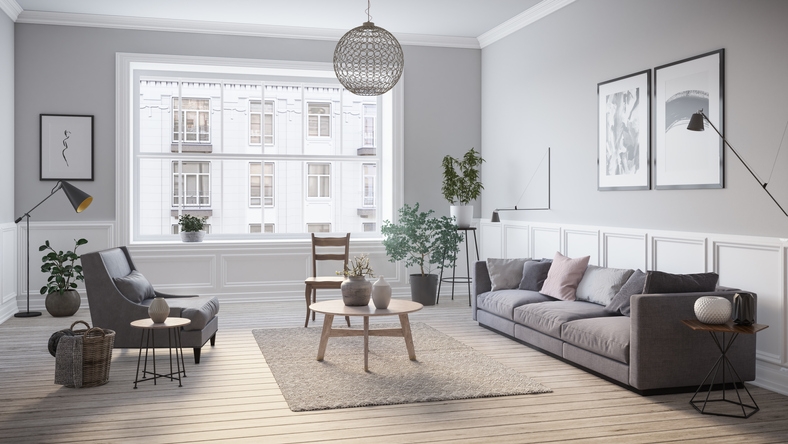 When it comes to home selling, real estate agents favor presenting a professionally home staged residence rather than an empty property.
According to the National Association of Realtors’ (NAR) 2019 Profile of Home Staging, 83 percent of buyers’ agents stated that staging makes it easier for buyers to visualize the potential of a property, while more than half of sellers’ agents believed staging a home reduces the amount of time it remains on the market. Forty-four percent of buyers’ agents reported that staging a home increased the financial offer for the house, with 29 percent of buyers’ agents complaining it had no impact on dollar value and 1 percent insisting it had a negative impact on a home’s dollar value. Twenty-two percent of sellers’ agents reported an increase of 1 to 5 percent in dollar value offered by buyers, while 17 percent reported an increase of 6 to 10 percent, 5 percent reported an increase of 11 to 15 percent, and 2 percent reported an increase of 16 to 20 percent; no sellers’ agents reported a negative impact from home staging.
But while the concept of home staging has gained new cred recently via several HGTV programs, NAR also found that a median of 20 percent of buyers were disappointed by how homes look compared to homes they see on television shows, with a median of 10 percent of respondents noting that buyers felt homes should look the way they do when staged on TV shows.
“Buying a house is more than a financial decision; it is an emotional decision as well,” said NAR President John Smaby, a Broker at Edina Realty in Edina, Minn. “Buyers aren’t just making an investment in a property, they are purchasing a place to call home; to raise their children; to begin a new chapter; or to retire to a new season of life. Realtors understand the importance of making a residential property as welcoming and appealing as possible to potential buyers. While every Realtor doesn’t use staging in every situation, the potential value it brings is clear to both homebuyers and sellers.”
Link copied
Published
Mar 18, 2019
Coming Up See All
Oct
06
How to Use Credit as A Strategic Tool to Attract More Leads, Make Better Offers and Close More Loans
Webinar
2:00 PM ET
Oct
11
California Mortgage Expo – SF/Oakland
San Francisco, CA
Oct
13
Close More Loans for Self-Employed Borrowers
Webinar
2:00 PM ET
Get the Daily
Advertisement
Advertisement
Analysis and Data
The Kids Want To Be Homeowners