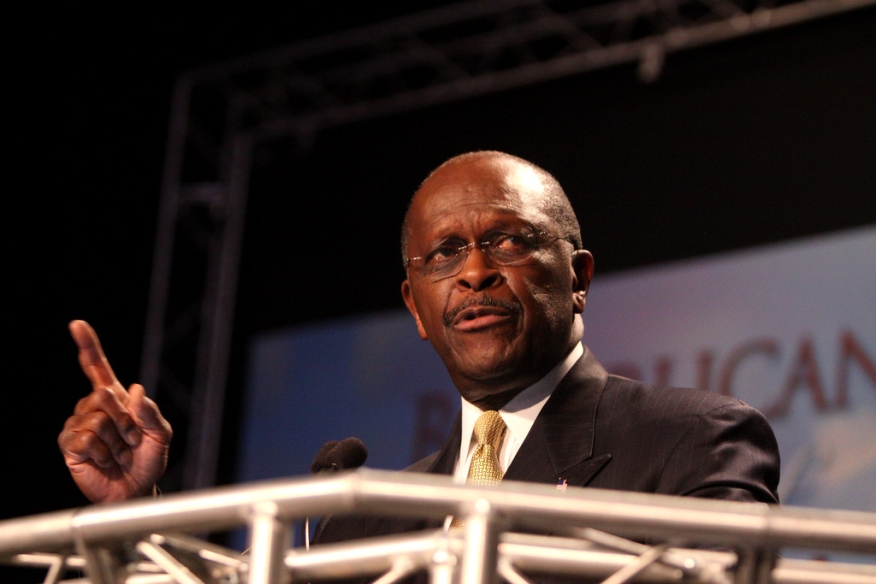 Herman Cain has refuted press reports that he was planning to withdraw from consideration for a position on the Federal Reserve Board.
Cain served as the Chairman of the Federal Reserve Bank of Kansas City’s Omaha Branch, from 1989 to 1991 and as the Chairman of the Federal Reserve Bank of Kansas City from 1995 to 1996. However, four Republican senators–including Utah’s Mitt Romney, who ran against Cain for the 2012 Republican presidential nomination–have announced that they would not support his nomination for a central bank seat, citing Cain’s close political ties to President Trump. The absence of the four Republicans coupled with the expected rejection of his nomination the Senate’s Democrats would prevent Cain from receiving the majority needed to secure his confirmation.
However, in a Wall Street Journal interview, Cain stated that he would proceed if the President formally submitted his name in nomination.
“The President asked me one simple question,” Cain told the Journal. “He said, ’Would you consider doing this if you make it through the process?’ I said yes. Didn’t hesitate.”
Larry Kudlow, Director of the White House National Economic Council, told reporters yesterday that the Trump Administration was interviewing potential candidates to replace Cain and Stephen Moore for the Fed vacancies, but noted that no demand was made for Cain to step aside.
“I think at the end of the day, it will probably be up to Herman Cain to stay in that process or not,” Kudlow said. “As far as we’re concerned, he’s still in that process and it’s proceeding in an orderly way."
Cain told the Journal that Kudlow’s comments offered “me an out, and I appreciate that, but I don’t want an out. I don’t want an out. You know that the president is a fighter, and Kudlow is a fighter. They might be getting a lot of blowback from some folks, I don’t know. But I don’t think they’re getting uncomfortable with it.”