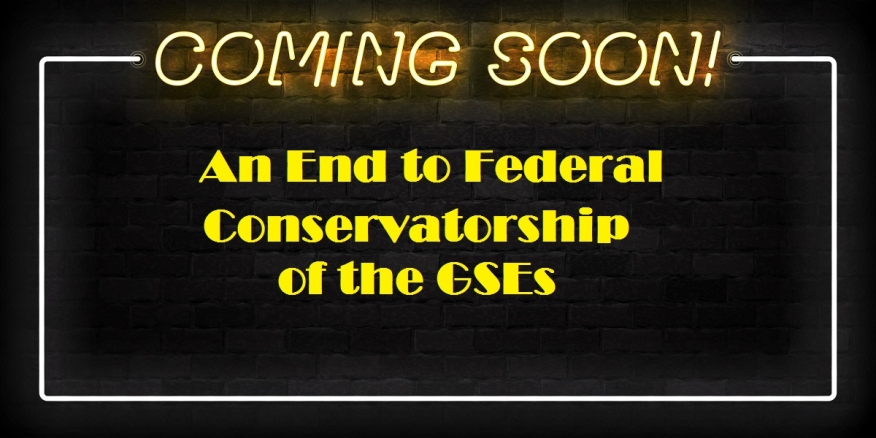 The Trump Administration is planning to release its plan to end the federal conservatorship of the government-sponsored enterprises (GSEs) by either August or September, according to Federal Housing Finance Agency (FHFA) Director Mark Calabria.
In an interview with Reuters, Calabria said that he had seen a draft of the report and said that it was “essentially done.” The delay in its release, Calabria added, was due to several ongoing issues that have commanded the attention of Treasury Secretary Steven Mnuchin, most notably trade tensions with China.
The GSEs have been in federal conservatorship since September 2008. Calabria stated that it was his “hope” that they will either be ready to leave conservatorship or have already left by the end of his term in 2024.
“That’s my time horizon,” he said. “I’m under no expectation to try to get all this done. So, if in four years, nine months they’re not out of conservatorship, I’m not pushing them out.”
Link copied
Published
Jul 18, 2019
Coming Up See All
Aug
11
California Mortgage Expo — San Diego
San Diego, CA
Aug
11
SMS Marketing 101
Webinar
2:00 PM ET
Aug
18
Maximum Acceleration
Las Vegas, NV
Get the Daily
Advertisement
Advertisement
Analysis and Data
Redfin: Homebuyers Return As Mortgage Rates and Prices Drop Steadily