Less Than One-Third of Californians Can Afford Median-Price Homes 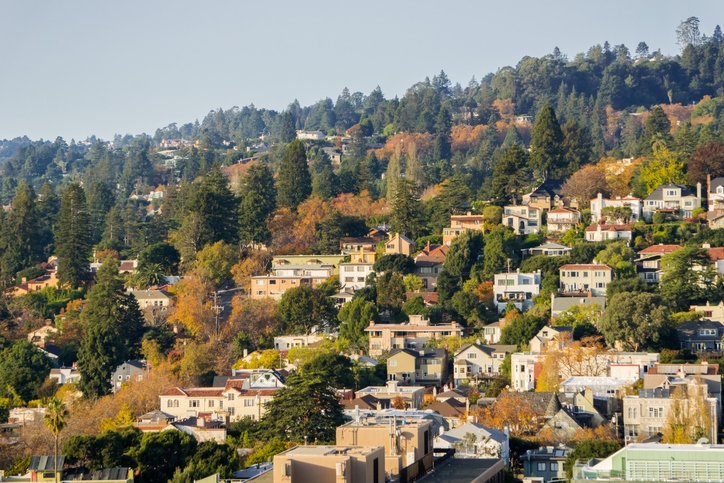 Thirty percent of California households were able to afford a $608,660 median-priced home during the second quarter, according to new data from the California Association of Realtors (CAR). This is down from 32 percent in the first quarter but up from 26 percent one year ago.
California households needed a minimum annual income of $122,960 to make monthly payments of $3,070, which covers principal, interest and taxes on a 30-year fixed-rate mortgage at a 4.17 percent interest rate. On the condo side of the market, 40 percent of the state’s homebuyers were able to purchase a $475,000 median-priced condo or townhome, and an annual income of $95,960 was required to make a monthly payment of $2,400 for that type of housing.
Compared with California, 55 percent of the nation’s households could afford to purchase a $279,600 median-priced home, which required a minimum annual income of $56,480 to make monthly payments of $1,410.
Last month, WalletHub issued a report that named Berkeley, Calif. as the least affordable city for first-time homebuyers. California was home to seven of the 10 least affordable cities for property purchasing neophytes, according to the WalletHub analysis.
Link copied
Published
Aug 09, 2019
Coming Up See All
Dec
08
Local Search 101 for Mortgage Brokerages
Webinar
2:00 PM ET
Dec
13
California Mortgage Holiday Party
Irvine, CA
Jan
12
New England Mortgage Expo
Uncasville, CT
Get the Daily
Advertisement
Advertisement
Industry News
Bankruptcy Court Approves RMF Requests