The Best City for First-Time Homebuyers Is … 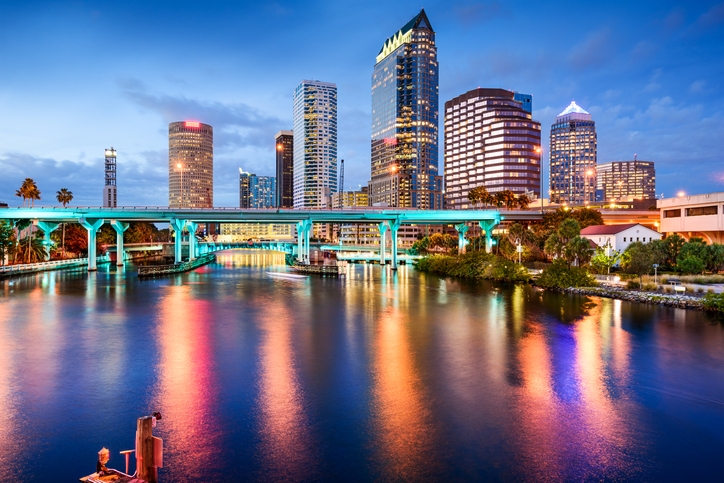 Newcomers to homeownership would do well to stake out property opportunities in Tampa, Fla. according to a new data analysis released by WalletHub.
In a survey of 300 cities of varying sizes, WalletHub number-crunched 27 key metrics ranging from housing affordability to the local property crime rate. Tampa scored highest as the best city for first-time homebuyers, followed by Overland Park, Kan.; Thornton Village, Colo.; Grand Rapids, Mich.; Boise, Idaho; Greeley, Colo.; Peoria, Ariz.; Arvada, Colo.; McKinney, Texas; and Centennial, Colo.
At the other end of the spectrum, Berkeley, Calif., was named the least affordable city for first-time homebuyers, with Detroit placing second. California was home to seven of the 10 least affordable cities for property purchasing neophytes, with New Jersey plugging up the remaining two spots on that list.
Among the specific criteria that went into the study, WalletHub found Akron, Ohio, has the most affordable housing–defined as the median house price divided by median annual household income–with a ratio of 1.83, which is 8.2 times less expensive than Berkeley with a ratio of 15.04. Honolulu has the lowest real-estate tax rate at 0.29 percent, while Waterbury, Conn., was burdened with the highest at 3.74 percent. And in a shout-out to the renters, Cleveland has the highest rent-to-price ratio at 16 percent, which is 6.1 times higher than in Sunnyvale, Calif., the city with the lowest at 2.61 percent.
Link copied
Published
Jul 09, 2019
Coming Up See All
Oct
06
How to Use Credit as A Strategic Tool to Attract More Leads, Make Better Offers and Close More Loans
Webinar
2:00 PM ET
Oct
11
California Mortgage Expo – SF/Oakland
San Francisco, CA
Oct
13
Close More Loans for Self-Employed Borrowers
Webinar
2:00 PM ET
Get the Daily
Advertisement
Advertisement
Analysis and Data
The Kids Want To Be Homeowners