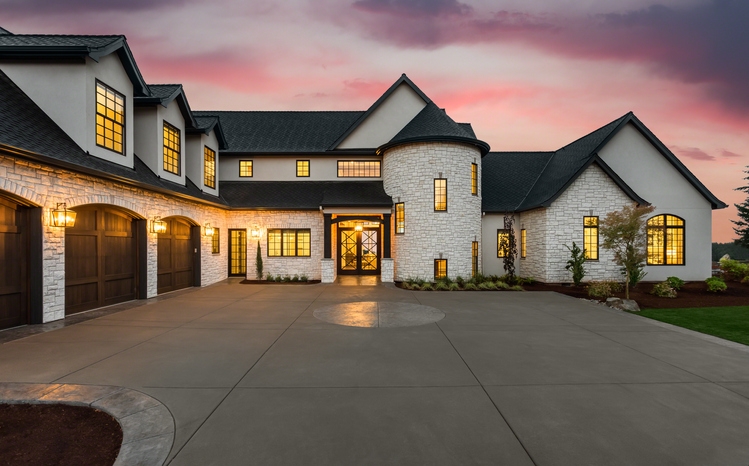 The average sale price for luxury homes during the third quarter saw a mild 0.3 percent year-over-year uptick to $1.6 million, according to a new report from Redfin. This marked the first time that luxury prices did not drop after three straight quarters of declines.
In its analysis, Redfin tracked home sales in more than 1,000 cities, using the definition of a luxury home as being a property among the five percent most expensive homes sold in the quarter. In the other 95 percent of the market during the third quarter, home prices increased 3.6 percent annually to an average of $319,000.
Sales of homes priced at or above $1.5 million rose 3.2 percent in the third quarter while the sales of homes priced below $1.5 million were up by 2.9 percent. The supply of homes priced at or above $1.5 million rose 9.3 percent year-over-year in the third quarter, the sixth consecutive quarter of growth, new listings priced at or above $1.5 million rose six percent year-over-year while new listings of homes priced below $1.5 million dropped four percent.
According to the recent “Millennial Millionaires” report from Coldwell Banker Real Estate LLC and the Coldwell Banker Global Luxury program, the wealthier members of the Millennial demographic are using their money to buy property and invest in luxury properties, with approximately 618,000 Millennial millionaires in the U.S., with 93 percent of this group enjoying a net worth between $1 million and $2.49 million.
Florida’s West Palm Beach market saw the greatest gains with a 128.3 percent year-over-year increase to an average price of more than $3.7 million, followed by the markets in Florida’s Clearwater (up 49.3 percent to $1.6 million) and Delray Beach (up 47.3 percent to $2.6 million). The biggest luxury home price drop was in Charleston, S.C., with a 17.6 percent drop to an average of $1.6 million in the third quarter.
"Because recession fears peaked over the summer, I expected luxury home prices and sales to dip. But it appears that nerves alone weren't enough to scare off wealthy homebuyers," said Redfin Chief Economist Daryl Fairweather. "The U.S. economy grew faster than expected in the third quarter, partly as a result of healthy consumer spending. Those results, along with flat luxury home prices and rising sales, go to show that Americans are basing their spending habits on their own personal financial situation rather than concerns about global economic tensions. For many, that means strong incomes and good employment prospects."
Link copied
Published
Nov 11, 2019
Coming Up See All
Aug
18
Maximum Acceleration
Las Vegas, NV
Aug
19
Originator Connect
Las Vegas, NV
Aug
19
Non-QM Summit
Las Vegas, NV
Get the Daily
Advertisement
Advertisement
Analysis and Data
Mortgage Debt Rose 14% From 2017-2021: Experian