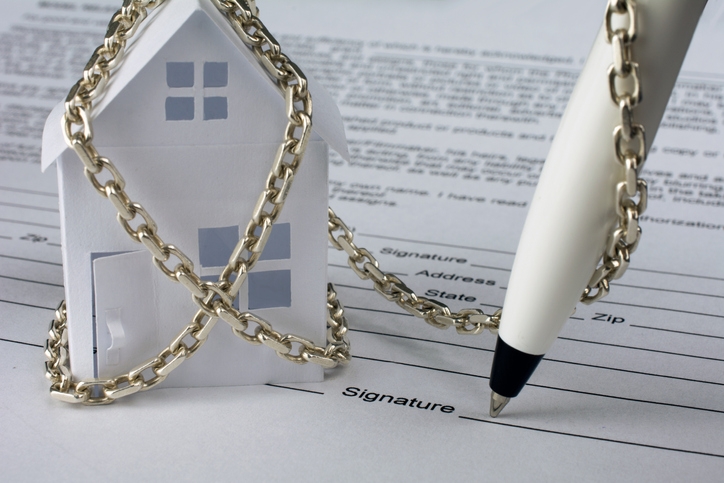 The affordability gap between homeownership and renting has grown closer over the past year, according to new statistics from ATTOM Data Solutions.
The latest study by the Irvine, Calif.-based company found owning a median-priced, three-bedroom home is more affordable than renting a three-bedroom property in 455 out of 855 counties, or 53 percent of the markets analyzed for the report. Last year at this time, renting a home was more affordable in 442 of the 755 counties analyzed by ATTOM.
The new report determined that renting was more affordable than buying a home in 94 out of 136 counties in the report that have a population of at least 500,000 or more, or 69 percent of the markets being studied. Renting was also more affordable option in 36 of the 43 counties with a population of at least 1 million or more, or 84 percent–most notably in California’s Los Angeles and San Diego Counties, Illinois’ Cook County (Chicago), Texas’ Harris County (Houston) and Arizona’s Maricopa County (Phoenix).
The new report also found median home prices rose faster than average fair-market rents in 575 of the 855 counties analyzed, or 67.3 percent, while average rents rose faster than median prices in 280 counties, or 32.7 percent. Median home prices rose faster than average weekly wages in 567 of the 855 counties analyzed in the report, or 66.3 percent.
Furthermore, the report concluded that renting a three-bedroom property requires an average of 37.6 percent of weekly wages across the 855 counties analyzed for the report. The least affordable markets for renting are Santa Cruz County, Calif. (82.1 percent of average wages needed to rent), Marin County, Calif. (outside San Francisco, at 75.3 percent), Colorado’s Park County (southwest of Denver, at 74.3 percent) and Hawaii’s Honolulu County (74.2 percent) and Kauai County (73.7 percent).
“Homeownership is a better deal than renting for the average wage earner in a slim majority of U.S. housing markets. However, there are distinct differences between different places, depending on the size and location from core metro areas,” said Todd Teta, chief product officer with ATTOM Data Solutions. “For sure, either buying or renting is a financial stretch or out of reach for individual wage earners throughout most of the country in the current climate. But with interest rates falling, owning a home can still be the more affordable option, even as prices keep rising.” 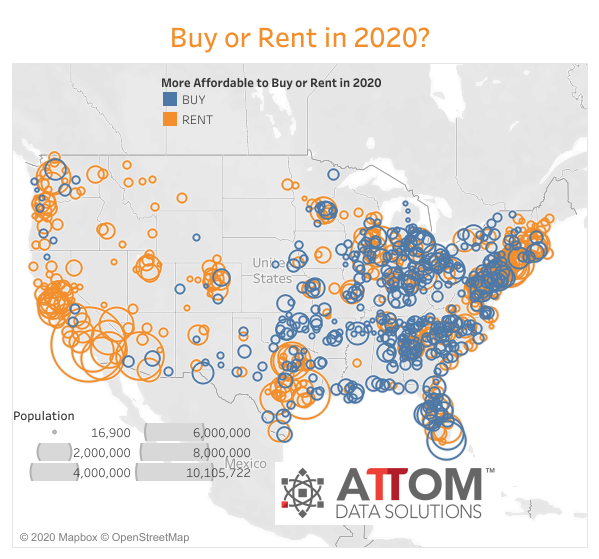