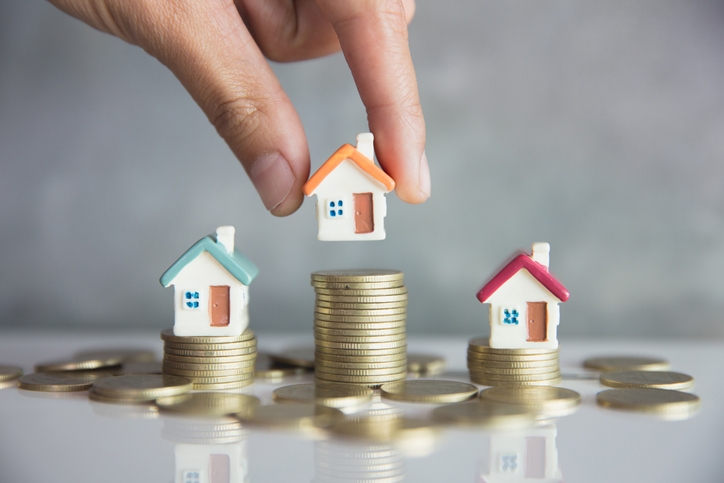 Home values during January were up by 3.8 percent year-over-year to $245,193, according to new data from Zillow, which calculated as being less than one-hundredth of a percentage point slower than the previous month. Zillow noted that while annual home value appreciation has slowed in each month since April 2018, January marked the smallest drop from one month to the next during that period.
Home values grew at a faster month-over-month rate in 17 of the nation’s 35 largest markets, most notably Phoenix (up 6.7 percent), Columbus (6.2 percent) and Charlotte (5.4 percent). San Francisco’s one percent year-over-year growth broke a streak of declines that began last May.
Zillow also noted that housing inventory was down by eight percent in January from one year earlier, marking the greatest. annual drop since March 2018. January saw 1.5 million homes on the market in January, up 4,295 from the previous month but down 130,310 year-over-year.
"As the economic storm clouds on the horizon in early 2019 cleared up, we saw buyers return in droves, taking advantage of ultra-low mortgage rates," said Zillow economist Jeff Tucker. "Our first look at 2020 data suggests that we could see the most competitive home shopping season in years, as buyers are already competing over near-record-low numbers of homes for sale. That is likely to mean more multiple-offer situations, and that buyers will have a harder time finding the perfect fit for their families. The good news for buyers is that low mortgage rates are helping to make home ownership more affordable, and home builders are responding to the hot housing market by starting construction on more homes than at any time since 2007."
Separately, potential homeowners enjoyed another week of flat activity with mortgage rates. Freddie Mac found the 30-year fixed-rate mortgage averaged 3.49 percent for the week ending Feb. 20, slightly up from last week when it averaged 3.47 percent. The 15-year fixed-rate mortgage averaged 2.99 percent, slightly up from last week when it averaged 2.97. And five-year Treasury-indexed hybrid adjustable-rate mortgage (ARM) averaged 3.25 percent, down from last week when it averaged 3.28 percent.
“The low mortgage rate environment continues to spur homebuying activity, with applications to purchase a home up 15 percent from a year ago,” said Sam Khater, Freddie Mac’s chief economist. “We’ve seen new residential construction surge over the last few months, on pace to reach the highest level in more than a decade. This is a good sign for the inventory-starved housing market and is a promising indication for the spring homebuying season.” 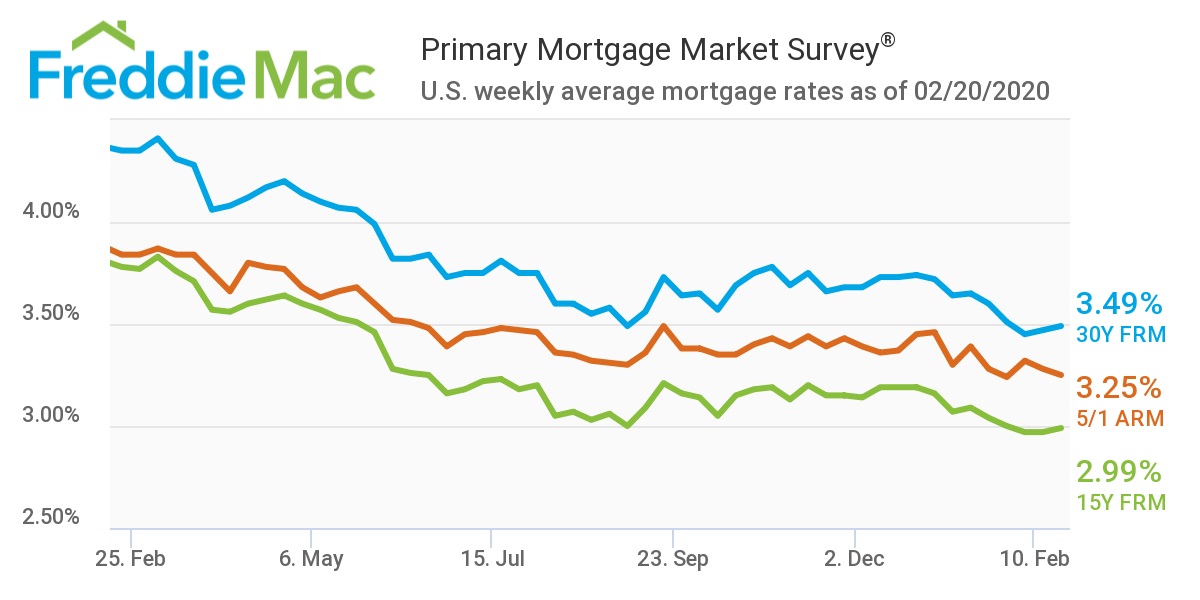