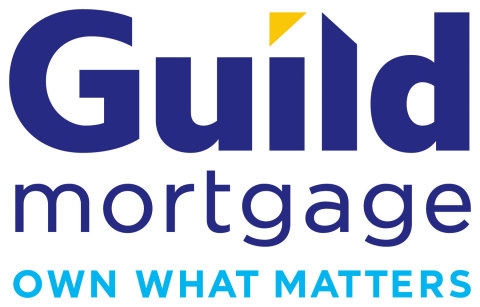 Guild Mortgage has promoted Doug Jameson and Eric Weiss to regional manager positions to help manage the company’s future growth in five states.
Jameson, who joined Guild in 2014, will oversee the Arizona and Colorado regions. Weiss, with Guild since 2016, will be responsible for the company’s Texas 2 region. Previously district managers, they were promoted when their predecessors, Andy Stewart and Chad Overhauser, were named vice presidents and divisional sales managers in January.
Stewart and Overhauser’s promotions were part of a recent restructuring that included new roles for three senior members of Guild’s leadership team as the company plans for future growth and continues to set records in lending and servicing. Terry Schmidt was named president of Guild, with Mary Ann McGarry continuing as CEO, while David Neylan succeeded Schmidt as chief operating officer and Amber Elwell was named chief financial officer.
Jameson will lead the operations, recruiting and growth efforts for more than 30 branches in Arizona and Colorado. He will manage the sales and production teams throughout the region and will be responsible for training managers and loan officers in best practices in mortgage origination. He previously held positions as branch manager, area manager and district manager with Guild before being promoted to his current role.
“Doug is a tremendous asset to Guild because of his deep mortgage lending experience and the growth we’ve achieved in Arizona under his leadership,” Stewart said. “He opened five new branches the past two years and helped the company grow to more than $1.5 billion in loan volume in 2019, a record for us in the state. Doug will ensure we continue to recruit and retain talented people in Arizona and Colorado.”
Weiss will oversee all retail mortgage activities for the company’s Texas 2 region, which includes more than 20 branches in Texas, Oklahoma and Wisconsin. He joined Guild from AmeriPro Home Loans., an independent mortgage banking firm based in Austin, Texas, and has more than 20 years of mortgage lending and management experience.
"In his time at Guild, Eric has a strong track record of growing people and increasing productivity," said Overhauser. "He has consistently been recognized as a member of Guild’s President’s Club due to his leadership and ability to drive results. I look forward to seeing what the future holds for this region as we continue to grow and expand in key markets."
Link copied
Published
Mar 11, 2020
Coming Up See All
Oct
06
How to Use Credit as A Strategic Tool to Attract More Leads, Make Better Offers and Close More Loans
Webinar
2:00 PM ET
Oct
11
California Mortgage Expo – SF/Oakland
San Francisco, CA
Oct
13
Close More Loans for Self-Employed Borrowers
Webinar
2:00 PM ET
Get the Daily
Advertisement
Advertisement
Analysis and Data
The Kids Want To Be Homeowners