There may be nothing more beautiful in all of sports than seeing an athlete who is in the zone. Everything seems to slow down for them, and they make the game seem effortless. Ever imagine what your company would be like if all your employees were “In the Zone?” 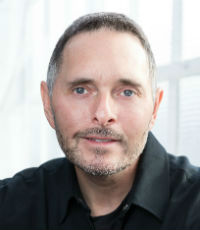 As a past owner of a large mortgage company and current co-founder and chief visionary officer of a growing mortgage marketing agency, I’ve been intensely intrigued by this goal.
Recently, I had the pleasure of joining several industry leaders at a retreat to learn more about corporate culture. Speakers included Ginger Hardage, senior vice president of Culture for Southwest Airlines; and David Salyer, one of the original Chick-Fil-A pioneers and the company’s first chief marketing executive.
Contrary to many conventional beliefs, these companies realized long ago that you cannot just hire for talent alone. In fact, many of the companies we admire for their service, efficiency and innovation have figured out that the “Magic Bullet” is a well aligned and well-defined corporate culture.

Why hire for culture before capability?

Before we answer this, you need to know your current culture. If it’s toxic or in flux, then that’s an entirely different conversation and this philosophy is of course not applicable (yet).
When leadership embraces the concept that their first customers are their employees, the right foundation is set for building a powerful and enviable corporate culture.
If your culture is healthy, then hire first for culture because you will have less employee turnover, easier recruiting, a better place to go to work every day, be more profitable over the long run and, most importantly, make and keep lots of happy customers.
At our agency, I’m often asked for advice on hiring. I cannot count the times I’ve heard from mortgage clients, “We only hire top talent,” or “We only hire seasoned pros.”
But I cannot remember a time when I’ve heard, “We hire and fire around our core values and protect our corporate culture.”
Many in the industry believe that “we can’t afford culture” or that “if I empower my employees, I will lose control” or that having a vision statement and core values on the wall is enough. The truth is far greater.
At least 80 percent of what you do is exactly the same as your competitors … it’s the other 20 percent is what makes you special in a good or a bad way. 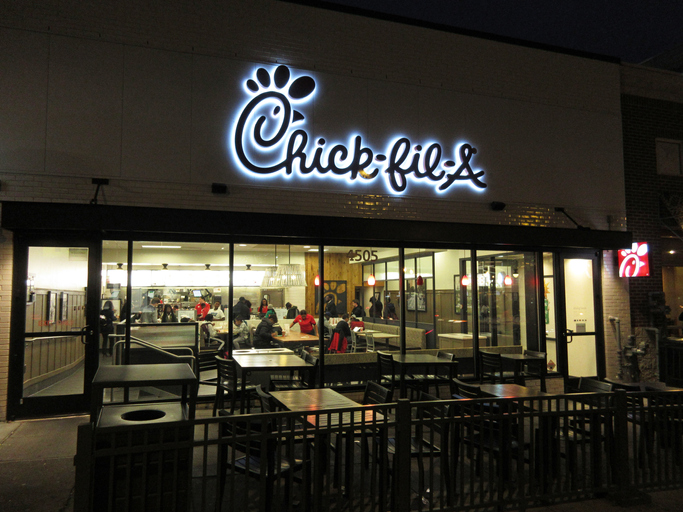 Let’s look at a familiar example …

The fast food industry is crowded, competitive and commoditized. They all ostensibly do the same thing: Provide fast and cheap meals to consumers with limited time or budgets … that’s the 80 percent.
So, what makes any one company stand out above the rest?
The fast food industry averages $700,000 gross revenue per store, with McDonald’s averaging $2.5 million per store. They all hire low-skilled, low-paid labor and their largest single day of revenue happens on Sundays. Then how can it be that Chick-Fil-A averages almost $6 million per restaurant and is closed on Sundays?
The answer is simple: Corporate culture–the other 20 percent.
Would it be even more impressive to know that they reached $1 billion in revenue with little to no marketing budget?
I use this example because at the retreat, David Salyer pointed out that they hire within the same labor pool as the other fast food chains and, at a basic level, provide the same service. But they don’t provide the same customer experience.
Simply put, David explained, they hire for culture first, model the behavior they expect and create a framework of values that each employee has the freedom to work within.
And if you’ve ever been to a Chick-Fil-A you’ve experienced it firsthand, starting with attitude. What a pleasure to be served by people genuinely happy to be there. That experience results from their “people over profit” culture, also evident in the fact they do not open on Sundays, which sets the tone for those who work in the organization.
In a time when companies such as McDonald’s are moving to automated ordering to replace minimum wage employees, Chick-Fil-A is hiring extra minimum wage employees to make sure your drive-through experience is remarkable.
Chick-Fil-A knows the secret that by putting culture first, you will have engaged employees, that leads to loyal customers, and ultimately leads to being more profitable.
In fact, Chick-Fil-A focuses on making raving fans out of their employees because employees that love the company they work for spread that feeling to their customers and create raving fans out of them.

How do you build a corporate culture of raving fans?

Hopefully by now, you are convinced that corporate culture can make or break a company, but maybe your just not sure how to go about building a great corporate culture. This is not an easy answer, but there are some fundamentals that cannot be missed.

Values differ from “Mission Statements” in that they are behaviors that speak to the character of the individuals in the organization, rather than its purpose. I am sure most companies have these, but values need to be more than just a framed statement on the wall.
They must come first in all that the company does, or they aren’t values, they’re just buzzwords.
Can you guess which company’s core values are “Communication, Respect, Integrity and Excellence?” I bet you’ll be shocked to find out these were Enron’s core values. They put these on the walls and in annual shareholder reports, but did not live them in their actions.
This is a good example of why modeling the behavior you want through those core values at the very top of an organization, then hiring and firing to protect those values, is fundamental to a healthy, profitable business.

Second … focus on your extra 20 percent

At our retreat, Ginger Hardage from Southwest Airlines shared how they always hire according to Southwest’s core values: “A Warriors Spirit, a Servants Heart and a Fun-Loving Attitude.”
When a Southwest Airlines flight attendant went above and beyond carrying a crying child around the plane or returned a child’s teddy bear after taking pictures of it flying around the world with their team, that’s the extra 20 percent. The interesting part is there is no process or manual that tells them to do such things, it’s the corporate culture and core values.

Third … hire, fire and promote based on those core values

This can be difficult given traditional recruiting and interviewing techniques, so here are a few tips:
►Have your recruiters filter for values first and then capabilities, many times in the mortgage industry, we hire to fill an immediate need, and capability and experience are all that matters. Be careful this approach doesn’t negatively affect your corporate culture. Some hot shots are not worth it in the long run.
►Ask questions during interviews that will uncover more about the candidate’s values and beliefs. Remember that experience shapes beliefs, beliefs shape thinking, and thinking drives actions so ask questions that can uncover life experiences. Most interviewers only ask about task-based experiences to see if someone has some experience or the capacity to perform the tasks necessary for the position. Imagine you were interviewing for a new family member. You might want to find out what they stand for, rather than how they load the dishwasher.
►Create a system of recognition to reinforce culture and core values. All too often, we only recognize performance and that can send the wrong message that profit or money is the most important thing.
I could give dozens of examples of how a company recognizes people based on their loan volume or margin and then is surprised by abysmal borrower retention. These companies are modeling the behavior that profit and production comes first. I am not saying that incentivizing production is bad, but a system that recognizes production first is flawed.
Recognizing is not the same as incentivizing. By recognizing the behaviors you desire, you are modeling those behaviors for the rest of your employees. The flip side of that is removal of those who do not value what you value regardless of production. This sends the message that we value people and customers over profit and we stand for something more.
Remember, corporate culture and core values need to start at recruiting, be a part of the employee journey throughout that lifecycle. In short … practice what you preach.
Chief visionary officer of Monster Lead Group, Ken Bartz has spent 25 years in the mortgage industry, working his way from loan officer to owner of a 100-person mortgage company. In 2005, he sold his business and built a successful loan operating system. In 2013, Ken created Monster Lead Group, a direct marketing agency for mortgage companies. Their solution, The Monster Way, is an eight-week program of direct marketing, sales training and strategic business consulting for mortgage companies looking for radical growth.
This article originally appeared in the January 2020 print edition of National Mortgage Professional Magazine.
Link copied
Published
Mar 16, 2020
Coming Up See All
Oct
07
Colorado Mortgage Summit
Denver, CO
Oct
12
California Mortgage Expo – San Francisco
San Francisco, CA
Oct
19
Suncoast Mortgage Expo
Tampa, FL
Get the Daily
Advertisement
Advertisement
Analysis and Data
Sales of New Homes Post 2nd Consecutive Monthly Increase