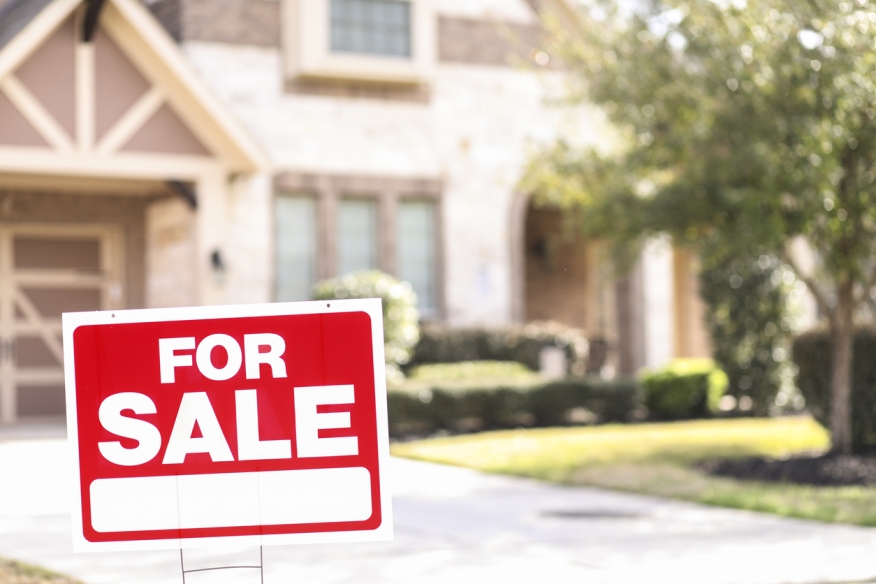 The latest report from Redfin revealed that low inventory is keeping home prices up despite a huge drop in sales volume. The report revealed that the 50 percent drop in pending home sales would usually affect median home prices, however, they have been holding strong with inventory woes continuing to plague the industry.
The median listing price moved from $309,000 to $305,000, a modest decline over the past seven days ending on April 10. Redfin's report also added that homes are beginning to sit on the market at an average 64 days, compared to 58 days back in early March.
"My clients just accepted an offer with 30 days for the buyers to get their financing approved, when it should take two weeks, or less. I worry the house will be off the market for a month and the deal still won't come together," said Irma Jalifi, a Redfin agent in Houston.
The company also added that it is becoming harder for prospective buyers to come by loans. There is now a limited availability of jumbo loans for higher-priced homes and FHA loans that are directed to first-time home buyers.
"This week, lenders raised credit standards even for conforming loans that are guaranteed by Fannie Mae and Freddie Mac. On April 13, JP Morgan Chase announced it will require a 20 percent downpayment and a minimum credit score of 700," according to the report. "With average U.S. credit scores around 700 the changes at Chase could take a big bite out of homebuying demand, especially if other lenders follow suit."
The Redfin report comes on the heels of Freddie Mac reporting that the 30-year fixed-rate mortgage (FRM) averaged 3.31 percent with an average 0.7 point for the week ending April 16, 2020, down from last week when it averaged 3.33 percent. A year ago at this time, the 30-year FRM averaged 4.17 percent.
“While new monthly economic data are driving markets lower this week, they are a lagging indicator and should be priced in already,” said Sam Khater, Freddie Mac’s chief economist. “Real-time daily economic activity metrics suggest that the economy will likely not decline much further. Going forward, the key question is no longer the depth of the economic contraction, but the duration.”
According to the U.S. Department of Labor, the advance figure for seasonally-adjusted initial unemployment claims was 5,245,000 for the week ending April 11, a decrease of 1,370,000 from the previous week's revised level. The previous week's level was revised up by 9,000 from 6,606,000 to 6,615,000. The four-week moving average stood at 5,508,500, an increase of 1,240,750 from the previous week's revised average. 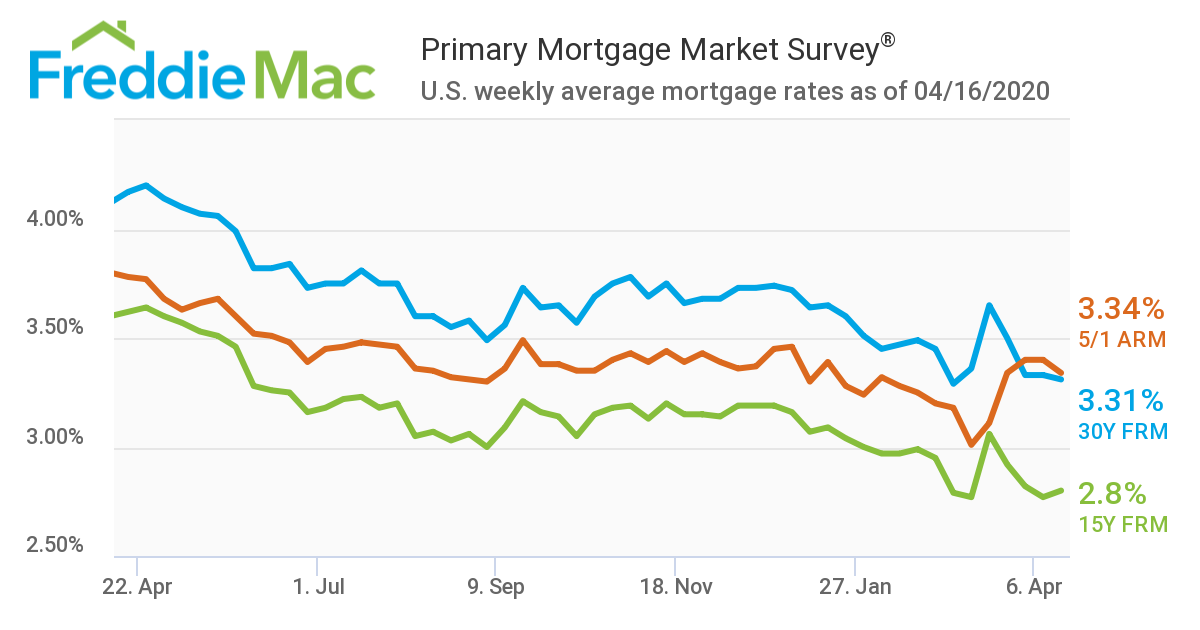