Zillow Finds Americans Adapting to Homebuying in the ‘New Norm’ 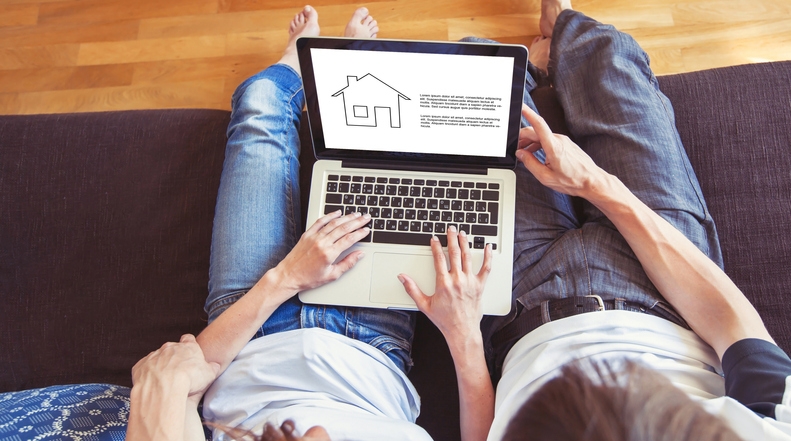 After a drop in mid-March as the COVID-19 pandemic gripped the nation, a new Zillow analysis has shown that renewed interest in the housing market is picking up.
Page views on for-sale listings on Zillow and requests to be connected to a Zillow Premier Agent have ticked up in April, and both are higher than they were a year ago. Purchase mortgage applications, while still down 35% from a year earlier, are stabilizing. With this data taken together, this suggests more buyers are considering a home purchase and agents, sellers and buyers are becoming more comfortable using virtual technology during the homebuying process, while practicing social distancing.
In early March, daily web traffic on Zillow—measured by page views on for-sale listings using a seven-day trailing average—was trending somewhat higher than on corresponding days a year earlier. The trendline took a turn after March 11, dropping to as much as 19% below 2019 levels for the seven days ending March 22. But traffic has since picked up, outpacing or remaining just a few percentage points behind 2019 levels through early April.
An additional signal in home shopping behavior is the rate at which Zillow visitors submit online requests to connect with a real estate agent. While online requests to connect with a Zillow Premier Agent dropped steeply in mid-March, they have since bounced back. As of April 15, online Premier Agent connection requests were higher than they were a year ago, due in part to increased video tour connections offered.
"The uptick in people browsing for-sale listings combined with high-intent requests to be connected with an agent reveals the resilience of Americans' interest in shopping for homes on Zillow," said Zillow Economist Jeff Tucker. "These are encouraging signals and time will tell if this interest will turn into more offers to buy and transactions. The Coronavirus pandemic has already cost an unprecedented number of people their jobs, which will force many to put plans for a home purchase on hold. Time will tell whether areas of the country with sharper increases in homebuyer interest see quicker economic recoveries, if consumers are feeling confident enough to consider a big purchase like a new home."
On a local level, the bounceback in page views has come more quickly in some metros, including a few with high numbers of COVID-19 cases. Traffic on for-sale homes in Los Angeles has been higher than a year ago every day since the week ending March 31, including a 32% year-over-year increase for the seven-day period ending April 15. For-sale traffic has trended similarly in metros such as Houston, Dallas, Atlanta, Phoenix, Denver and Las Vegas.
The recovery took longer in several metros, only surpassing 2019 levels in the past week, including in Chicago, Seattle, San Francisco and San Jose. And traffic on for-sale listings remains down year-over-year in a few others, including New York, Philadelphia, Boston, Detroit and Pittsburgh.
Link copied
Coming Up See All
Jun
22
Chicago Mortgage Originators Expo
Countryside, IL
Jul
06
Ultimate Mortgage Expo
New Orleans, LA
Jul
13
Carolinas Connect Mortgage Expo
Charlotte, NC
Get the Daily
Advertisement
Advertisement
Community
CMG Financial Names New Area Sales Manager

MISMO announced the release of an eMortgage Technology Certification program to assist lenders in finding products that comply with industry standards.