Nearly 7% of All Mortgages Now in Forbearance 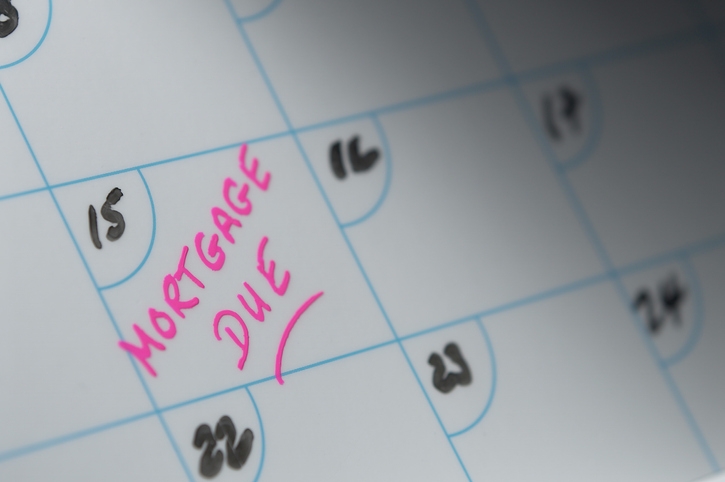 In this week’s installment of the Mortgage Bankers Association’s (MBA) Forbearance and Call Volume Survey, the total number of loans now in forbearance increased to 6.99% from 5.95% of servicers’ portfolio volume in the prior week.
As of April 19, mortgages backed by Ginnie Mae once again showed the largest growth (1.47%) from the prior week and had the largest overall share of loans in forbearance by investor type (9.73%). The share of Fannie Mae and Freddie Mac loans in forbearance increased relative to the prior week, from 4.64% to 5.46%. The number of loans in forbearance for depository servicers rose to 7.87%, while the number of loans in forbearance for independent mortgage bank (IMB) servicers increased to 6.52%.
Earlier on Monday, the Federal Housing Finance Agency reiterated its message that borrowers in forbearance have other repayment options and are not required to repay their Freddie Mac and Fannie Mae-backed mortgages in forbearance in one lump sum.
“Over 26 million Americans have filed for unemployment over the last month, leading to nearly 7.0%–3.5 million–of all mortgage borrowers asking to be put into forbearance plans. For FHA and VA borrowers, the share of loans in forbearance is even higher, at 10 percent,” said Mike Fratantoni, MBA’s senior vice president and chief economist. “Forbearance requests fell relative to the prior week, but remain roughly 100 times greater than the early March baseline. While the pace of job losses have slowed from the astronomical heights of just a few weeks ago, millions of people continue to file for unemployment. We expect forbearance requests will pick up again as we approach May payment due dates.”
Servicer call centers reported their call volume increasing from 8.8% to 10.0%, as hold times remained relatively flat relative to the prior week at 5.0 minutes, and the abandonment rate increased slightly from 9.7% to 9.9%. The average call length rose for the fifth consecutive week, from 7.6 minutes to 7.7 minutes.
“The combination of stimulus payments, expanded unemployment insurance benefits, further fiscal and monetary actions, and states reopening will hopefully begin to stabilize forbearance requests and the overall economy,” added Fratantoni.
MBA’s latest Forbearance and Call Volume Survey covers the period from April 13-19, 2020, and represents almost 77% of the first-mortgage servicing market (38.3 million loans).
Link copied
Published
Apr 27, 2020
Coming Up See All
May
26
Non-QM is about Solutions and Confidence
Webinar
1:00 PM ET
Jun
01
DealDesk Focus on Acra Lending Rehab Loans
Webinar
1:00 PM ET
Jun
08
Motor City Mortgage Expo
Detroit, MI
Get the Daily
Advertisement
Advertisement
Industry News
Lakeview Loan Servicing Faces Multiple Lawsuits Over Data Breach