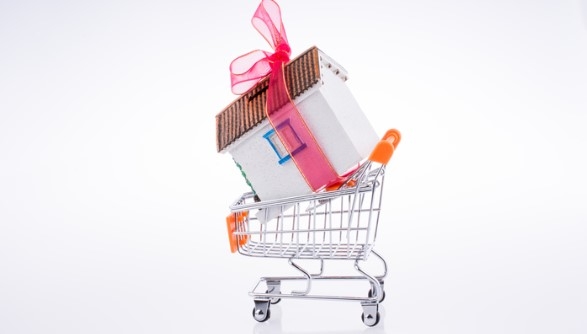 Home prices are going to drop less than expected through October. That’s the consensus of a new Zillow Weekly Market Report. It shows more evidence of buyers and sellers returning to the market.
Newly pending sales and new listings are up from the previous week, according to Zillow research. Inventory continues to be incredibly tight -- one reason list prices are growing faster than they were in April. Partly on the strength of that rebound, Zillow's forecast now shows an expected 1.8% drop in home prices through October, up from the 2.7% drop expected just weeks ago.
Year-over-year new sales listings are down 23.3%, according to the data. However, month-over-month, the numbers increased nationally by 40.8%. New York saw a 58.6% increase, as well as other areas hit hard by the pandemic including Philadelphia (88.6%), Detroit (298.5%), Miami-Fort Lauderdale (70.5%) and Los Angeles-Long Beach-Anaheim (66.7%).
Earlier this week, Zillow released its April Real Estate Market Report. It revealed that the for-sale market continues to show momentum, with newly pending sales up 13% week-over-week, and nearly 50% month-over-month for the week ending May 10. Additionally, pending sales are higher than last year in four large metros: Cleveland (up 10% year-over-year), Cincinnati (up 3.8%), Houston (up 2%), and Dallas-Fort Worth (up 0.9%).
Buyer Demand Continues To Show Strength
►Newly pending sales are up 40.8% from a month ago and 4.2% week over week.
►After a dip during the early days of the COVID-19 pandemic in the U.S., the week over week change has been positive since the seven days ending April 15.
Inventory Tight, But More Sellers Entering The Market
►Total for-sale listings are down 23.3% year over year in what continues to be an extremely tight market.
►New for-sale listings remain down 17.8% year over year, but more recent numbers show more sellers are putting their homes up for sale. They're up 37.8% from last month and 7.2% from a week ago.
List Price Growth Accelerating
►The median list price of homes on the market is $328,927, 2.8% higher than they were a year ago and up 3.5% month over month.
►Limited inventory with improving demand is likely keeping pressure on prices.
Market Forecast Revised
►Zillow economists revise housing market forecast after better-than-expected sales figures in early May
►The most recent forecast from Zillow's economic research team shows an expected 1.8% drop in prices from April to October 2020, with a slow recovery through 2021.
►Zillow economists expect sales volume reached its bottom in early April, about 44% below February levels, and expect sales volume to rebound strongly in May to about 24% below their February level. Sales are forecasted to recover almost fully by the end of the year.
Link copied
Published
May 29, 2020
Coming Up See All
Aug
18
Maximum Acceleration
Las Vegas, NV
Aug
19
Originator Connect
Las Vegas, NV
Aug
19
Non-QM Summit
Las Vegas, NV
Get the Daily
Advertisement
Advertisement
Non-QM
Navigating A Changing Mortgage Market