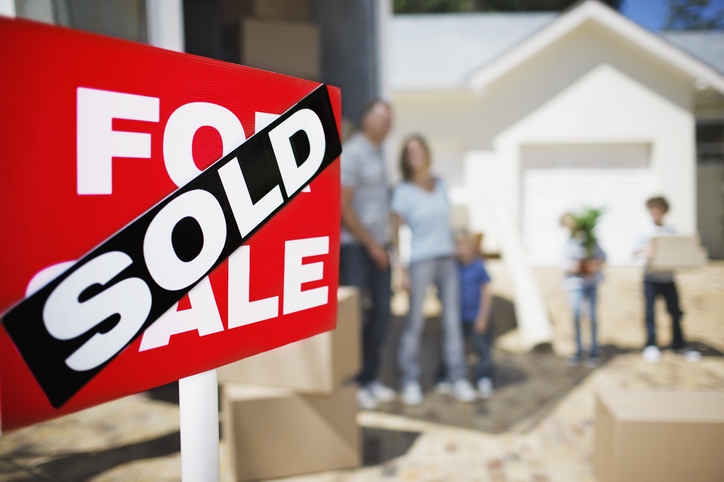 According to the National Association of Realtors, pending home sales mounted a record comeback in May, seeing encouraging contract activity after two previous months of declines brought on by COVID-19. Every major region recorded an increase in month-over-month pending home sales transactions, while the South also experienced a year-over-year increase in pending transactions.
The Pending Home Sales Index (PHSI) rose 44.3% to 99.6 in May, marking the highest month-over-month gain in the index since the Realtors' association began the series in January 2001. Year-over-year, contract signings fell 5.1%. A PHSI reading of 100 is equal to the level of contract activity in 2001.
“This has been a spectacular recovery for contract signings, and goes to show the resiliency of American consumers and their evergreen desire for homeownership,” said Lawrence Yun, the association's chief economist. “This bounce back also speaks to how the housing sector could lead the way for a broader economic recovery.”
Among the largest metro areas, active listings were up by more than 10% in May compared to April in several metro areas, including Urban Honolulu, Hawaii; San Francisco, California; San Jose, California; Denver, Colorado.; and Colorado Springs, Colorado.
May saw each of the four regional indices rise on a month-over-month basis after all were down in April 2020. The Northeast PHSI grew 44.4% to 61.5 in May, although it was still down 33.2% from a year ago. In the Midwest, the index rose 37.2% to 98.8 last month, down 1.4% from May 2019. Pending home sales in the South increased 43.3% to 125.5 in May, up 1.9% from May 2019. The index in the West jumped 56.2% in May to 89.2, down 2.5% from a year ago.
The Realtors' group now expects existing-home sales to reach 4.93 million units in 2020 and new home sales to hit 690,000.
“All figures light up in 2021 with positive GDP, employment, housing starts and home sales,” said Yun, who noted that in 2021, sales are forecast to rise to 5.35 million units for existing homes and 800,000 for new homes. 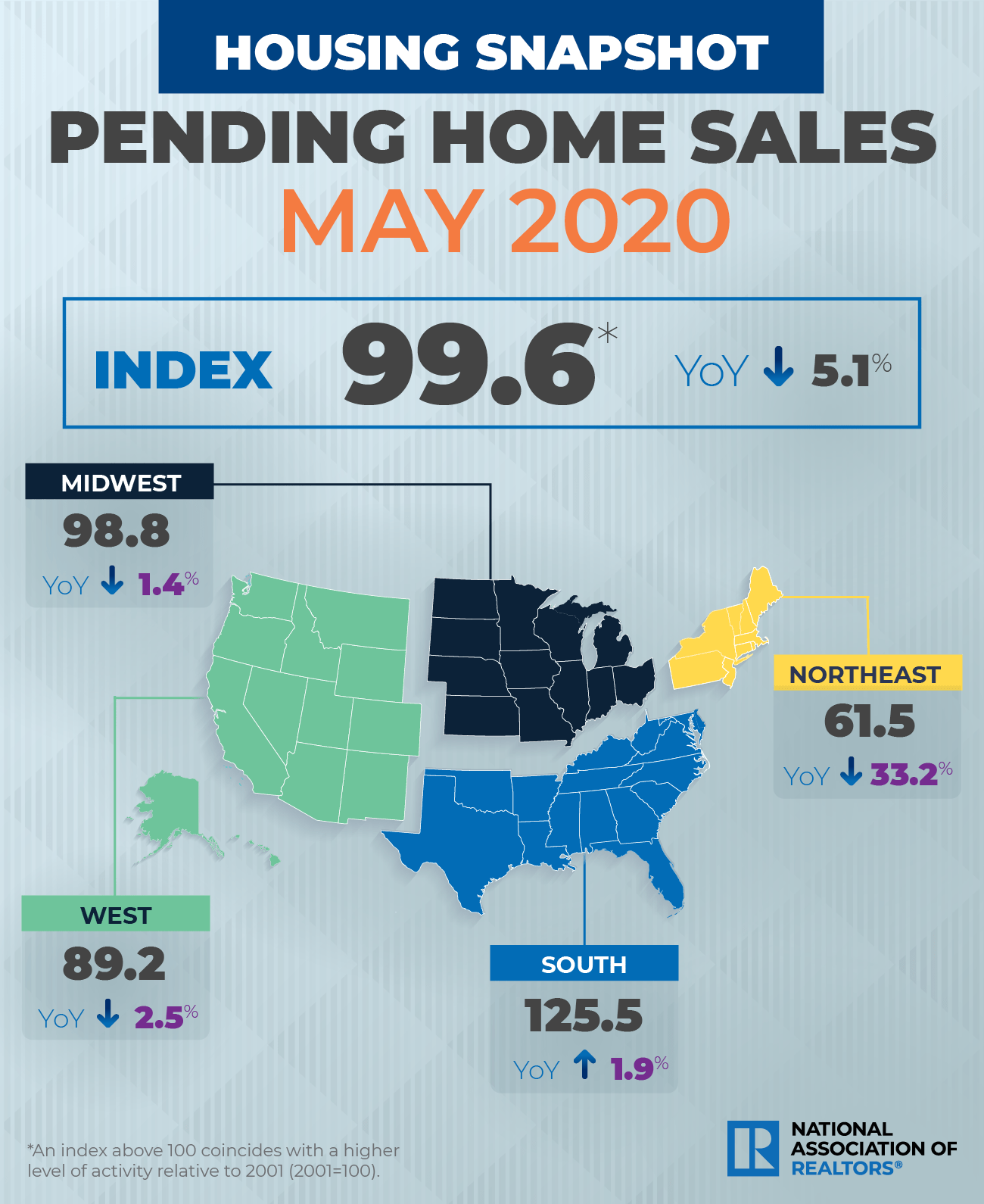