Dahleen Shares Predictions On The Future Of Mortgage Tech 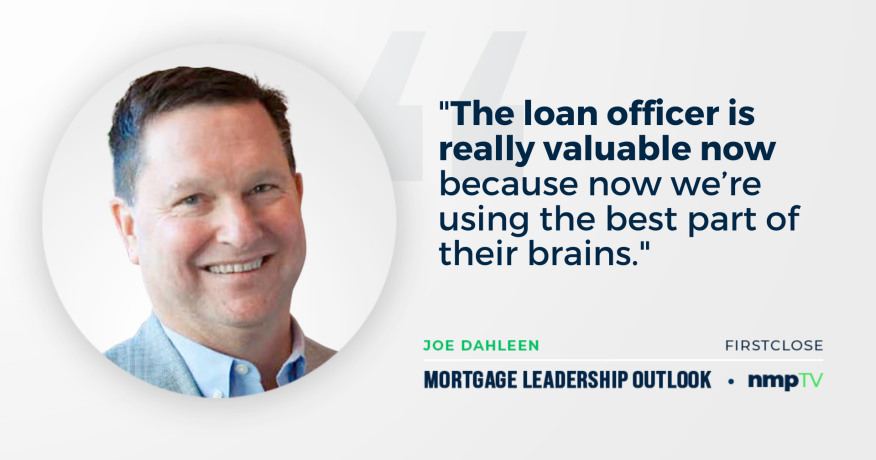 Wednesday’s episode of the Mortgage Leadership Outlook featured Joe Dahleen, senior vice president of strategy and sales for FirstClose. Dahleen joined series' host Andrew Berman, head of engagement and outreach for National Mortgage Professional magazine, to discuss the technology shift that occurred over the years within the industry and where he sees it going in the future.

When high tech was going from thermal faxes to plain paper, Dahleen was creating pricing and eligibility engines to run in the palm of your hand. He's been on top of major digital shifts long before the industry was aware of that new technology.‍

Check out the full conversation between Dahleen and Berman below.

See all the interviews from the Mortgage Leadership Outlook series on the NMPTV Youtube Channel.