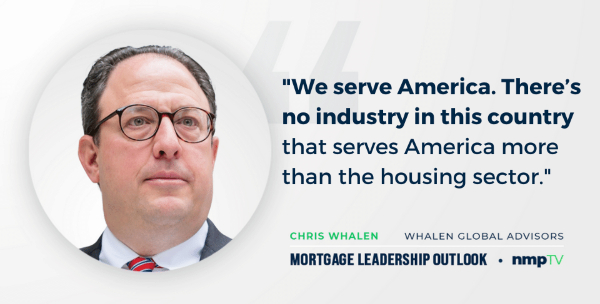 Whalen is an investment banker and author based in New York City. His company focuses on the mortgage finance, financial services and technology sectors. Whalen is also a regular guest on CNBC.

Whalen made some significant predictions for 2021, including rates of 1.5% by the middle of next year, as the Federal Reserve looks to use housing to pull the economy “out of the mud.”

Check out the entire interview between Whalen and Berman below.