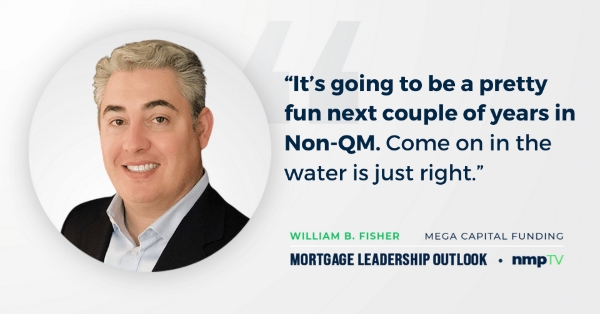 On Wednesday, Feb. 10, Will Fisher, executive vice president of Non-QM for Mega Capital Funding, joined Andrew Berman, Mortgage Leadership Outlook host and head of engagement and outreach for National Mortgage Professional Magazine, to chat about his career in the mortgage industry, the early days of Non-QM, the collapse of Non-QM during the height of the COVID-19 pandemic, its rebirth, future and more.

Watch the entire interview between Fisher and Berman below.