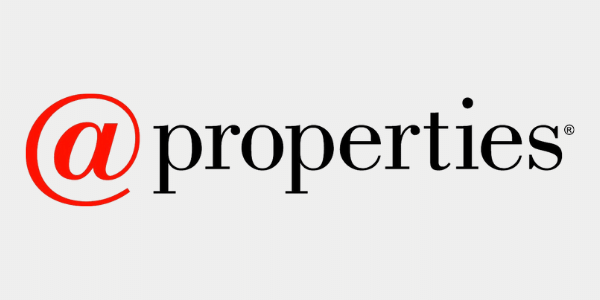 Chicago-based @properties, the nation's 10th largest brokerage firm by sales volume, teamed up with Alexander Real Estate to make Alexander the first @properties franchise in the country, according to a press release.

In September 2020, @properties launched a national franchise brand to offer broker-owners and top agent teams across the country access to the technology, marketing, training, and business-development systems that made it one of the nation's largest independent brokerage firms, according to the release.

Now, Alexander and its 45 agents will leverage those systems in hopes to grow from $120 million to $500 million in annual sales, by gaining market share in the areas it currently serves and expanding throughout the Detroit Metro Areas. The company will also change its name to @properties.

"As a company, we have ambitious goals, none more important than attracting the best agents in the market, giving them top-of-the-line tools to grow their business, and delivering a superior client experience," said Eric Walstrom, Alexander Real Estate partner. "We looked at a lot of different paths to take us where we want to go, and ultimately we decided @properties was the brand that would contribute the most to our success."

"The firm is focused on growing the right way: quality over quantity; support for agents; a commitment to adopting our systems and resources; and a 'real-estate-is-local' attitude that has inspired a loyal following," added @properties co-founder, Thad Wong.

Walstrom and Alex Irrer founded Alexander Real Estate in 2016 in Royal Oak, a close-in suburb of Detroit. In 2018, they partnered with O'Laughlin to open an office in Midtown, where a massive redevelopment effort – driven largely by billionaire businessman and Detroit native, Dan Gilbert – was just getting underway, according to the release.

Over the next three years, Alexander tripled its sales volume and became the No. 1 brokerage firm in the downtown market, as well as the city's No. 1 broker for new-construction and adaptive-reuse developments. Now, the company is looking to make its mark on the Detroit suburbs. Walstrom said the near-term expansion will focus on the communities of Grosse Pointe, Birmingham, Rochester Hills, Plymouth and Northville. Eventually, the firm will move into the Ann Arbor market as well.

"The local industry is hungry for something new. There hasn't been much in the way of tech innovation or adoption, and the larger players in the market don't offer a cohesive brand experience from one office to the next. It's a very fragmented marketplace, and we see that as a huge opportunity," said Alexander Real Estate partner, Matt O'Laughlin.

Click here to learn more about the partnership as well as @properties' tech tools and its @academy agent coaching and training program.