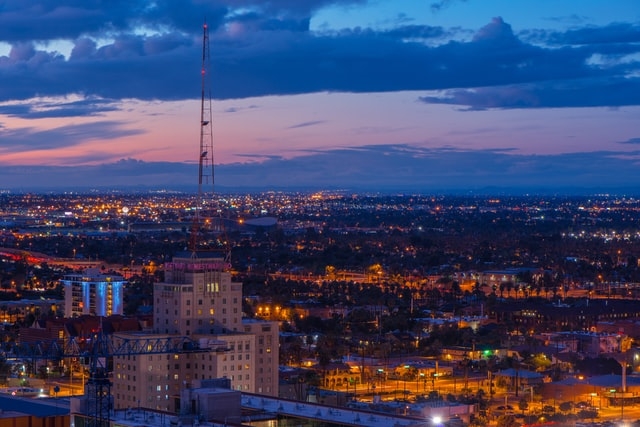 According to a Redfin Report, wealthy out-of-towners are edging out locals for home buying in popular destinations like Phoenix and Las Vegas. In the first quarter of 2021, 31.5% of nationwide Redfin users were seeking homes in a different metropolitan area, up 30.3% from the fourth quarter of 2020.

Since the start of the pandemic, remote workers have been moving to more affordable areas with generally larger houses and more outdoor space, according to a press release. However, these out-of-town homebuyers have bigger budgets to edge over the locals, driving up the price of homes in bidding wars. On average, an out-of-towner moving to Phoenix has $627,000, which is 23% higher than the $510,000 average budget for local buyers. In Austin, an out-of-towner comes in with a budget of $855,000, which is 32% higher than an average budget for locals.

Redfin chief economist Daryl Fairweather explains, “Affluent remote workers are able to get more for their money by moving from job centers like the Bay Area to more affordable places like Phoenix and Las Vegas. But local residents looking to buy their first home are losing out because of the big budgets flowing into their hometowns.”

Therefore, many local buyers are forced to search for smaller homes in farther away neighborhoods or give up the search altogether.

The report states that in Phoenix, the number one migration destination, home-sale prices were up 20% year over year in March. In Austin, they were up 28.2%  and in Las Vegas, they were up 13.9%. Although home prices steadily increase as the competition heats up, they are still much lower than the prices of homes where migrants are moving in from. In the San Francisco Bay Area, the average home price sells for $1.43 million in March, which is why many residents are now migrating to Austin, where the average home price is $427,000 in March.

In 32 of the 35 cities included in Redfin's budget analysis, out-of-towners have bigger budgets than locals. Most come from expensive coastal cities, like San Francisco and Los Angeles, and are migrating to inland metros, like Austin and Phoenix. In terms of places people are looking to leave, New York, the Bay Area, Los Angeles, Washington, D.C. and Seattle top the list of places with the biggest net outflow in the first quarter.